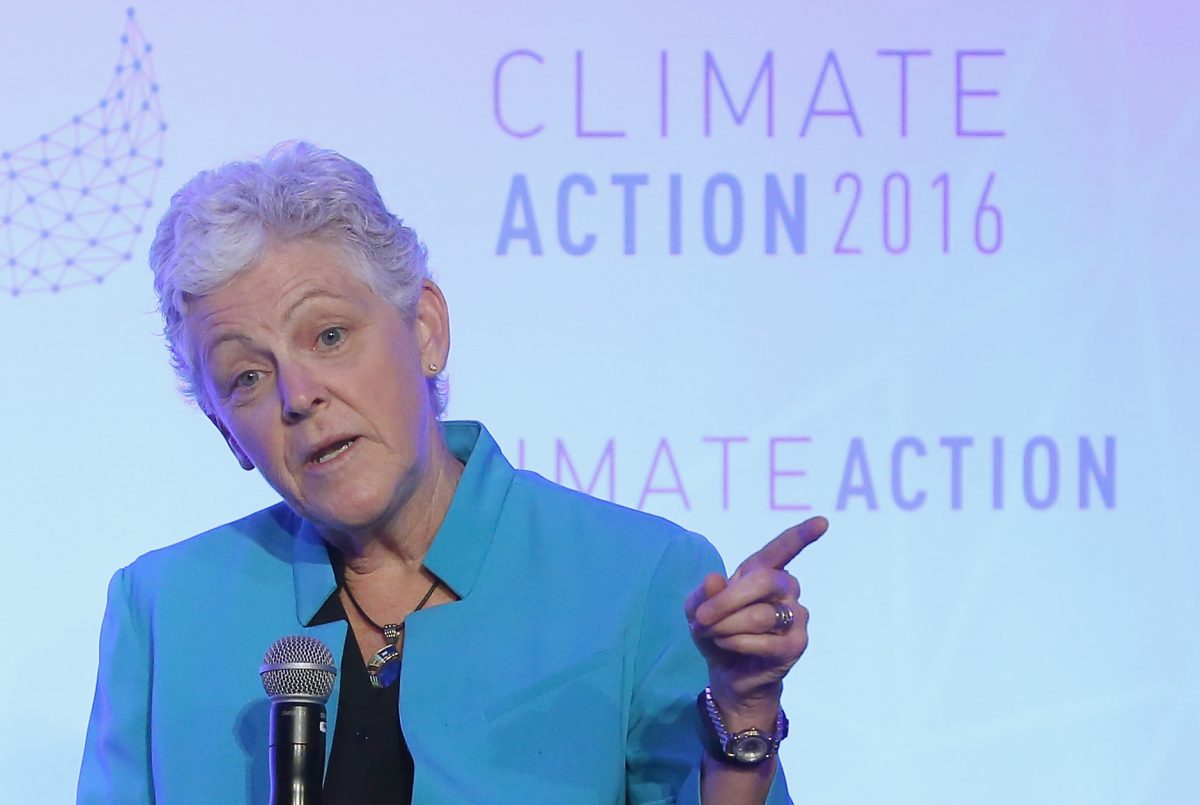 The Biden administration will be pushing a separate bill with climate change priorities not covered in the bipartisan infrastructure bill through the budget reconciliation process, such as mandating U.S. power companies supply zero-carbon electricity, according to a memo from two top Democrat aides.

“As President Biden has noted, the Bipartisan Infrastructure Framework leaves out critical initiatives on climate change that he proposed as part of his Build Back Better agenda,” the memo reads. “That is why he intends to work with Congress through the budget process to pass additional legislation that will position the U.S. to combat climate change, create good-paying, union jobs, and win the clean energy future.”

While a group of Republican and Democrat lawmakers is negotiating the bipartisan infrastructure deal with President Joe Biden, Democrats say the package does address their climate priorities, including achieving 100 percent carbon-free power by 2035.

Progressives of the Democratic party want to achieve zero emissions by moving to all renewable and nuclear power.

The memo was sent out by National Climate Advisor Gina McCarthy and senior adviser Anita Dunn.

The climate priorities in the separate infrastructure bill include giving tax breaks to businesses and consumers who invest in clean energy technologies, and “sending a market signal that brings additional private investment off the sidelines and into modernizing our electric grid through an Energy Efficiency and Clean Electricity Standard.”

McCarthy and Dunn say $10 billion will be needed for “mobilizing the next generation of conservation and resilience workers” and the bill will also expand clean energy tax credits.

Senate Minority Leader Mitch McConnell (R-Ky.) said he thinks the bipartisan infrastructure bill might pass the Senate but Republicans will not support the broader bill because of the impact on the national debt.

“There is a portion of it, $1 trillion, that we have a chance to move forward with on a bipartisan basis,” said McConnell on July 8 during a speech to the Kentucky chamber of commerce. However, he pointed out that Democrats plan to spend up to $5 trillion in total.

“They plan to come with one more reconciliation proposal to finish up the rest of what they would like to do, which will include $3.2 trillion in tax increases,” said McConnell adding that the Democrats want to increase the corporate tax rate from 21 percent to 28 percent and they plan to increase the capital gains tax, both of which GOP oppose.

“And if there’s anything left to reach the $5 trillion, they’d add that to the national debt as well. So, let me just sum it up by saying this is going to be a hell of a fight,” McConnell added. “This is a fight worth having, this is not the right thing to do for the country. I don’t think they have a mandate to do it. And all of this is going to unfold here in the next few weeks. First, we’ll get a sense of whether the infrastructure bill comes together and can pass on a bipartisan basis, and then second we’ll be confronting this other package that they will have no margin for error to pass in a 50-50 Senate.”

During a July 7 interview with MSNBC, Secretary of Transportation Pete Buttigieg praised the bipartisan infrastructure package but said if GOP members don’t vote in favor of the climate priorities and broader infrastructure provisions in a separate bill, Democrats will use reconciliation to push it through.

In addition to clarifying the White House’s intent to use the budget reconciliation process, McCarthy and Dunn also praised the bipartisan infrastructure bill.

“The Framework contains transformational investments in clean energy, water, and power infrastructure, climate resiliency, and more,” the memo states. “The Framework also includes the largest federal investment in history to modernize and expand transit and rail networks across the country, which would improve access to sustainable transportation while reducing greenhouse gas emissions.”