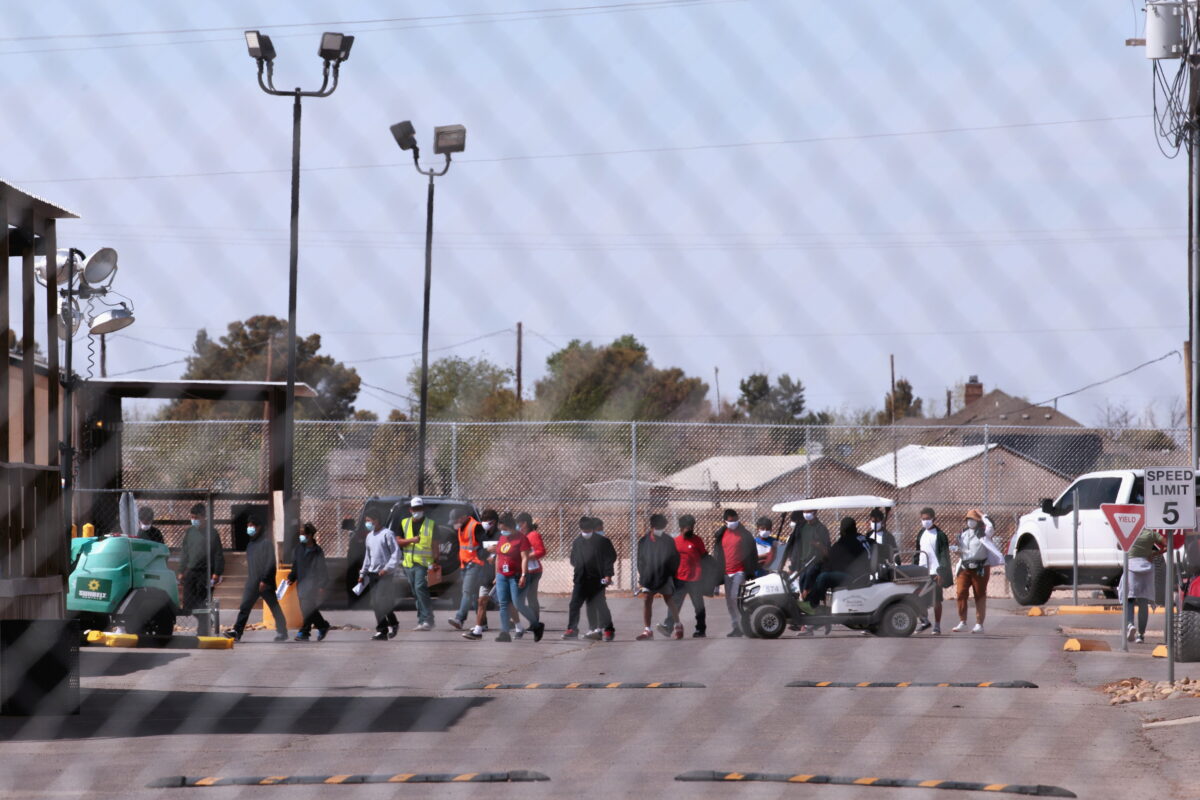 The attorney general of Texas on Thursday sued President Joe Biden’s administration for allegedly flouting its own COVID-19 rules in handling the surge of illegal immigrants crossing from Mexico.

Administration officials “have abandoned the preexisting protections against the introduction into Texas and the United States of aliens infected with the SARS-CoV-2 virus during a pandemic,” the 34-page lawsuit states.

COVID-19 is the disease caused by the CCP (Chinese Communist Party) virus, which is also known as SARS-CoV-2.

Under former President Donald Trump, U.S. officials last year issued a rule that utilized Title 42 to prevent immigrants from entering the United States and to expel those that did manage to enter and were caught.

Then-Centers for Disease Control and Prevention Director Robert Redfield said in the order (pdf) that he was suspending entry because of the “serious danger” that immigrants could introduce the virus that causes COVID-19 into the United States.

“The public health risks of inaction include transmission and spread of COVID-19” to border personnel, U.S. citizens, and others, he added.

But the Biden administration upon taking office in January rolled back use of Title 42, allowing all unaccompanied minors to stay in the country and significantly decreasing the number of family units expelled under the order.

Paxton alleged that the U.S. government abandoned its own rules “without any meaningful justification or explanation,” resulting in the release of tens of thousands of immigrants into the United States.

Texas officials are asking a federal court to block the Biden administration from exempting unaccompanied minors from the Title 42 powers, which started in February, and declare that the administration must return all illegal immigrants, with limited exceptions, to Mexico under Title 41, or detain and quarantine all aliens who could carry the CCP virus for at least 14 days before releasing them into the United States.

The Biden administration did not respond to a request for comment.

The number of illegal immigrants entering the United States shot from under 76,000 in January to over 168,000 in March. Critics say the Biden administration’s lax enforcement is primarily to blame.

COVID-19 outbreaks have taken place in at least several immigrant holding facilities near the border,

White House press secretary Jen Psaki said in March that most immigrants are tested, but not all. “There’s a proposal for testing all of these individuals as they come across,” she told reporters at the White House last month.

Immigrants entering Immigration and Customs Enforcement facilities, or buildings run by the Department of Health and Human Services, are tested for COVID-19.

Texas rejected a proposal that would cover all expenses for testing and quarantine of immigrants, according to Psaki.

“So I think the question is: Why is he standing in the way of local communities getting the funding and support they need to help with testing, isolation, and quarantining efforts?” she asked.

Some individuals are released into the country after testing positive with recommendations to quarantine, the administration has said.