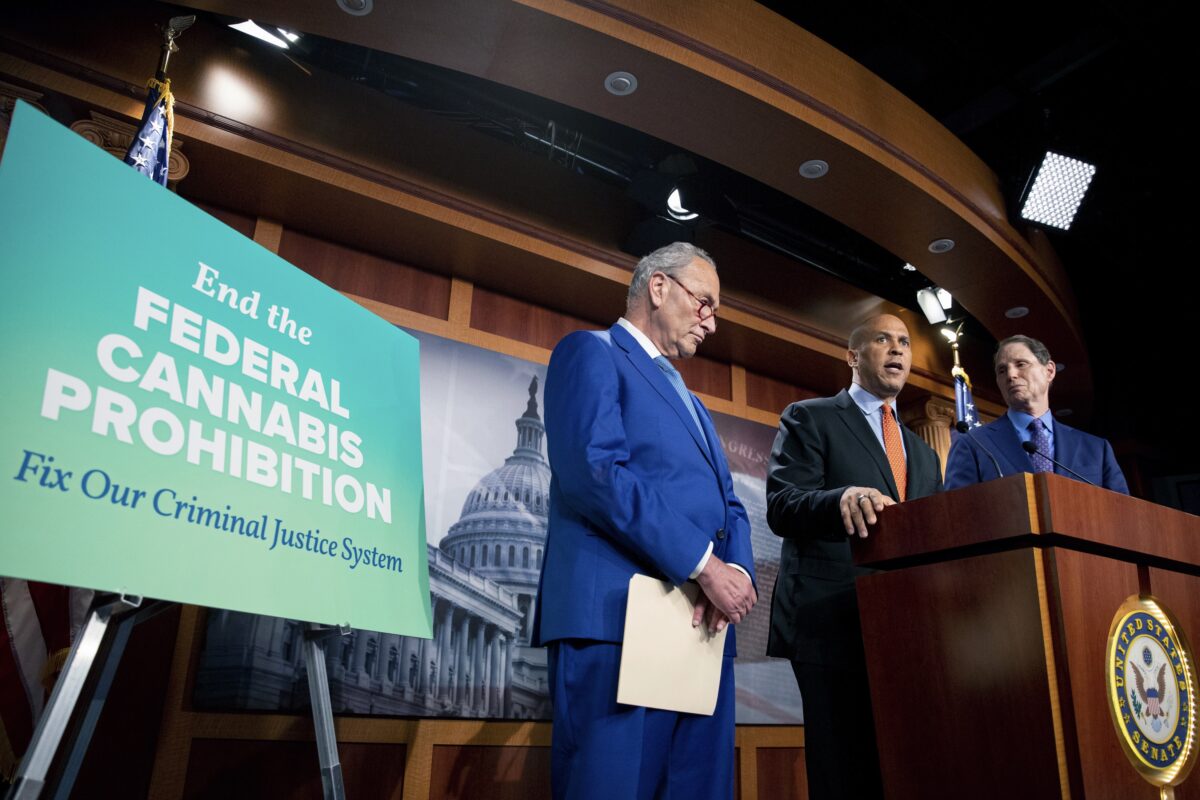 Senate Democrats on Wednesday unveiled draft legislation that would legalize marijuana in the United States.

“We are joining together to release draft legislation to end the federal prohibition on cannabis. This is monumental because at long last we are taking steps in the Senate to right the wrongs of the failed war on drugs,” Senate Majority Leader Chuck Schumer (D-N.Y.) told reporters on Capitol Hill in Washington.

The 163-page draft legislation, titled the ‘‘Cannabis Administration and Opportunity Act,” says that communities most harmed by laws against marijuana possession and use are benefiting the least from the marketplace that has sprung up in some states for legal marijuana.

“A legacy of racial and ethnic injustices, compounded by the disproportionate collateral consequences of 80 years of cannabis prohibition enforcement, now limits participation in the industry,” it states. Minorities are almost four times more likely to be arrested for marijuana possession than white Americans and typically receive longer prison sentences when jailed for the crime.

Some 37 states, as well as the District of Columbia, allow certain legal access to marijuana. Some only let medical users legally buy the drug, which is also known as weed and cannabis.

“In 2019, there were more marijuana arrests than all other violent crime arrest combined, and the majority of those were for simple possession. This is a grievous reality. Lives are being destroyed every single day. And the hypocrisy of this is that, right here in the Capitol, people running for Congress, Senate, people running for president readily admit that they use marijuana,” Booker said.

Besides decriminalizing marijuana use and possession, the draft bill would create a trust fund with money from federal marijuana tax revenue to reinvest in communities that officials pinpoint as being most harmed by the war on drugs, an effort to combat illegal drugs started by President Richard Nixon in the 1970s.

Rep. Jamie Raskin (D-Md.) said he supported the push by colleagues in the Senate to legalize marijuana.

The prospects of the bill are uncertain, as Democrats would need every vote in the 50–50 Senate for it to pass if it draws no Republican support.

Critics of legalization efforts, whether on the state or federal level, note that marijuana can negatively impact a person’s health, including causing short-term memory problems.

The negative effects are particularly profound in youth.

“Legalizing marijuana guarantees young people will have greater access to a drug they shouldn’t be anywhere near. The minute this becomes readily available, the safety risks in our communities and on our roadways will increase exponentially,” New York Assembly Republican Leader Will Barclay said after Democrats in the state in March legalized marijuana.