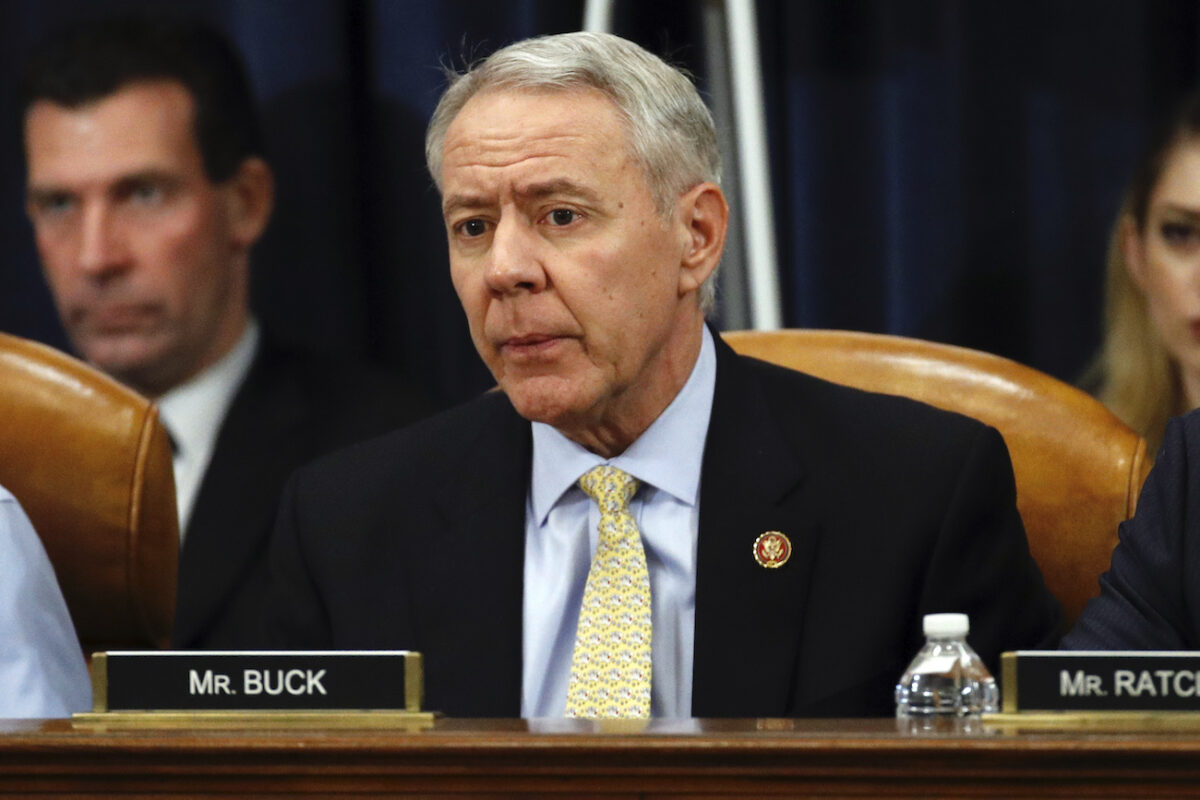 Rep. Ken Buck (R-Colo.) on Tuesday reintroduced legislation that would set into law the denial of export privileges against nations that steal American intellectual property, with the bill part of a broader legislative thrust to counter the Chinese Communist Party (CCP).

“What Americans innovate, China steals. China’s long history of intellectual property theft costs the United States billions of dollars each year. My bill combats China and other hostile nations’ ability to steal our intellectual property and do untold harm to our economy,” Buck said in a statement.

He cited John Demers, the head of the National Security Division at the Department of Justice, as saying that over 80 percent of all cases charged as economic espionage—and 60 percent of all trade secret cases—involve China.

Buck first introduced the bill, H.R.8831, in December 2020, and it was referred to the House Committee on Foreign Affairs in the waning days of the 116th Congress.

This bill is a part of a rollout of legislation to counter China’s communist regime by the Republican Study Committee (RSC), the largest conservative caucus on Capitol Hill.

Chaired by Rep. Jim Banks (R-Ind.), the RSC has made combating the CCP’s mercantilist policies and other adversarial postures a key part of its agenda.

“We’ve made countering communist China a platform of the RSC for the first time, under my leadership,” Banks told The Epoch Times in a February interview. “It deserves our attention, and as the largest caucus, our members understand this is the greatest threat that we face and that we have to confront it.”

In a February policy note (pdf), the RSC outlined some actions taken by the Biden administration that amount to “pivoting to a weak posture toward China,” while accentuating former President Donald Trump’s hard-hitting approach towards countering Beijing.

The Biden administration has acknowledged the threat from China’s communist regime, with Secretary of State Antony Blinken saying in an interview that aired on Sunday that Beijing had recently acted “more aggressively abroad” and was behaving “increasingly in adversarial ways.”

Asked by CBS News’ “60 Minutes” if Washington was heading toward a military confrontation with Beijing, Blinken said: “It’s profoundly against the interests of both China and the United States to, to get to that point, or even to head in that direction.”

He added that “What we’ve witnessed over the last several years is China acting more repressively at home and more aggressively abroad. That is a fact.”

Asked about the reported theft of hundreds of billions of dollars or more in U.S. trade secrets and intellectual property by China, Blinken said the Biden administration had “real concerns” about the IP issue.

He said it sounded like the actions “of someone who’s trying to compete unfairly and increasingly in adversarial ways. But we’re much more effective and stronger when we’re bringing like-minded and similarly aggrieved countries together to say to Beijing: ‘This can’t stand and it won’t stand.'”

The Chinese Embassy in Washington did not immediately respond on Sunday to a request for comment from Reuters on Blinken’s interview.

The commitments were part of the sweeping deal between Trump’s administration and Beijing, which included regulatory changes on agricultural biotechnology and commitments to purchase some $200 billion in U.S. exports over two years.

Blinken arrived in London on Sunday for a Group of Seven foreign ministers meeting where China is one of the issues on the agenda.

Bowen Xiao and Reuters contributed to this report.