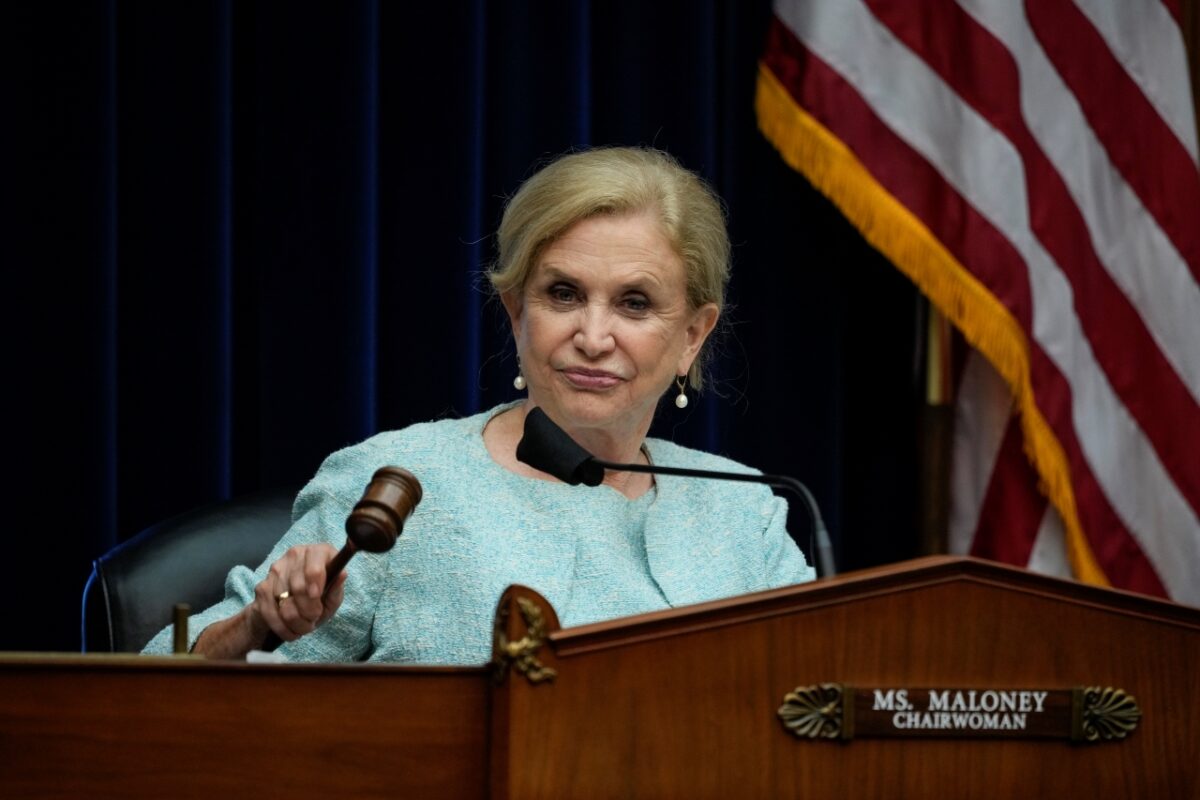 Democrats on the House Oversight and Reform Committee on Wednesday launched a probe into Florida-based cybersecurity firm Cyber Ninjas, a private company hired by the Arizona Senate to oversee an independent full audit of ballots cast in Maricopa County, Arizona, in the 2020 election.

House Oversight Chairwoman Carolyn Maloney (D-N.Y.) and Rep. Jamie Raskin, (D-Md.) said they are probing whether the company is working to “reverse the result of a free and fair election for partisan gain.”

In a letter (pdf) to the Cyber Ninja’s CEO Douglas Logan, the pair asked for documents related to the audit of Arizona’s most populous county, including information about how it is being funded. They are also asking for any and all communications between the cybersecurity firm and former President Donald Trump or his allies.

“Americans’ right to vote is protected by the Constitution and is the cornerstone of our democratic system of government,” Maloney and Raskin wrote.

“The Committee is seeking to determine whether the privately funded audit conducted by your company in Arizona protects the right to vote or is instead an effort to promote baseless conspiracy theories, undermine confidence in America’s elections, and reverse the result of a free and fair election for partisan gain,” they added.

The Democrats expressed concern over Cyber Ninjas’ participation in the audit, noting its “apparent lack of experience in conducting election-related audits,” citing press reports from CBS News, the Slate, and The Washington Post that the company engaged in “sloppy and insecure audit practices that compromised the integrity of ballots and voting equipment.”

One of the press reports had cited only the opinions of a local Democrat politician and a security expert, both of whom formed their conclusions based on a video prepared by a local news channel, as evidence for their comments about the audit.

Maloney and Raskin also referred to a number of additional press reports describing sloppy work practices and mismanagement by Cyber Ninjas, including that ultraviolet light that could potentially damage the ballots were use for inspection by contractors.

Such reports “raise serious questions about your ability to lead impartial work related to the election,” the lawmakers said.

“The Committee is particularly concerned that your company’s actions could undermine the integrity of federal elections and interfere with Americans’ constitutional right to cast their ballot freely and to have their votes counted without partisan interference,” they wrote.

Former Arizona Secretary of State Ken Bennett, a Republican serving as the audit’s liaison, has denied the characterizations of the audit proceedings.

The Democrats asked Logan to hand over the requested information by July 28.

Cyber Ninjas and representatives for the Arizona audit didn’t immediately respond to requests for comment by The Epoch Times.

“I’m confident because it’s not just them,” Fann said, referring to the group of private companies being led by Cyber Ninjas in the audit. “Everybody keeps just counting on them, when actually, they are working with a number of other contractors that have experience in audits and in their expertise in their own fields … This is a joint effort.”

Fann previously told The Epoch Times that senators had been told by Cyber Ninjas that the auditors would report on the total cost of the operation after the audit is complete and that they would comply with federal reporting requirements.

Zackary Stieber contributed to this report.