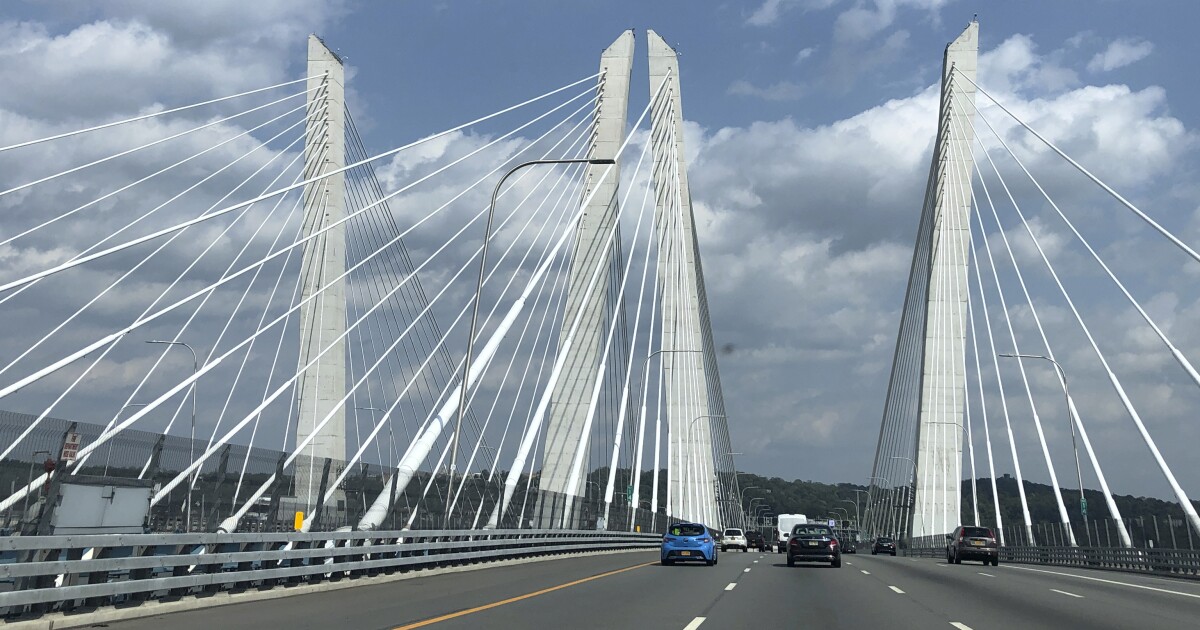 The chairman of the New York Senate’s watchdog committee announced Monday his panel, in conjunction with other committees, is seeking records from the consortium that built the Gov. Mario M. Cuomo Tappan Zee Bridge.

“The Senate's Committee on Investigations and Government Operations, in partnership with the committees on Contracts and Procurement; Corporations, Authorities, and Commissions; and Transportation, issued an information and document request to Tappan Zee Constructors, LLC on Friday, April 23,” Skoufis said. “Additionally, the Thruway Authority has been cooperative with our inquiry into the Gov. Mario M. Cuomo Bridge and has shared significant documentation over the past seven weeks.”

A message to Tappan Zee Constructors was not immediately returned on Monday afternoon.

At issue is the structural integrity of the bridge, which is crossed by nearly 140,000 vehicles every day, with dozens of large bolts used to hold the bridge together had broken. The Times-Union report revealed an investigation into the case was sealed for years.

In a March 22 statement, the Thruway Authority Executive Director Matthew Driscoll and Project Director Jamey Barbas said the bridge was “completely safe” for travelers and that the Federal Highway Administration reviewed the matter as well.

“Since the Gov. Mario M. Cuomo Bridge went into service in 2017, it has been regularly and thoroughly inspected as required by National Bridge Inspection Standards,” the FHA statement read. “These inspections have not revealed any safety issues with the bridge. FHWA is aware of recent allegations of safety issues related to bolt failures, as well as the New York State Thruway Authority’s independent testing and study of these issues. FHWA has reviewed inspection reports and other information from NYSTA and has no safety concerns with these bridges.”

Griffo, in a statement to The Center Square on Monday, added he was happy to see his colleague take on the bridge investigation and hopes it’s just the beginning.

“It is equally important that reviews and oversight take place in other areas, including the state’s handling of nursing homes during the coronavirus pandemic and allegations surrounding the Governor and his office conduct and operations,” Griffo added.