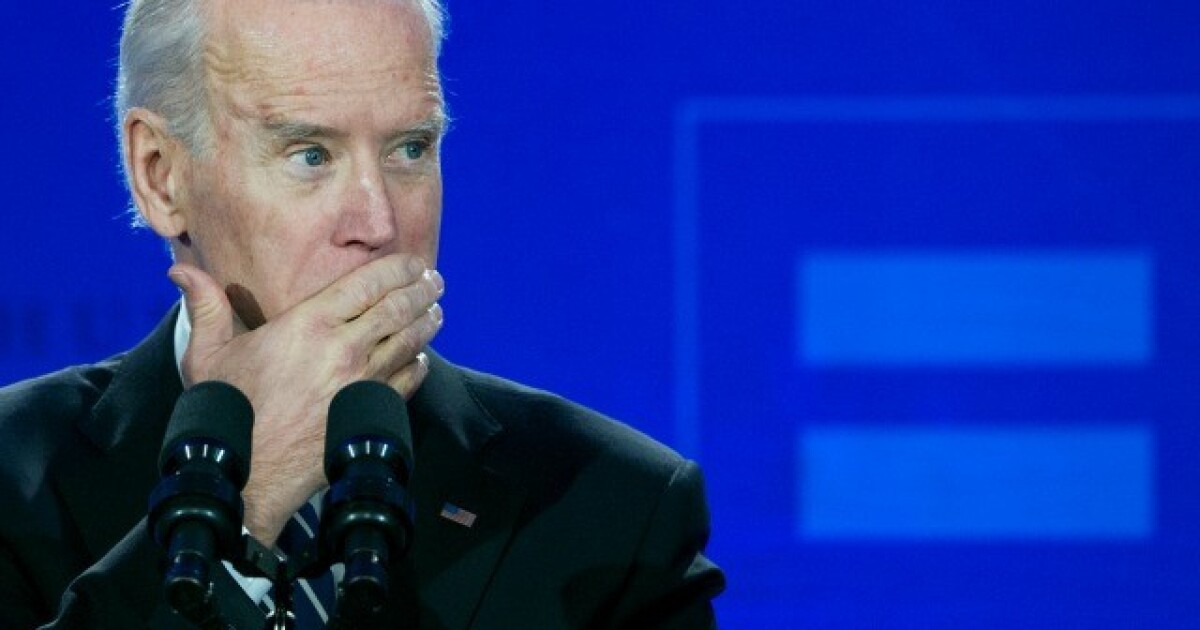 A New Jersey woman who displayed profanity-laden signs critical of President Joe Biden was ordered by a judge to remove them or face monetary penalties.

Roselle Park Municipal Court Judge Gary Bundy ordered homeowner Patricia Dilascio on Thursday to remove the flags within a week or be subject to $250-per-day fines, though the signs belong to her daughter, Andrea Dick.

The display features the phrases “F*** Biden,” “Joe Biden Sucks,” “Socialism Sucks, Biden Blows,” and “Don't Blame Me I Voted For Trump,” among others.

“This is not a case about politics. It is a case, pure and simple, about language,” Bundy said, according to NJ.com. “This ordinance does not restrict political speech. Neither this town or its laws may abridge or eliminate Ms. Dilascio’s freedom of speech. However, freedom of speech is not simply an absolute right. It is clear from state law and statutes that we cannot simply put up the umbrella of the First Amendment and say everything and anything is protected speech.”

Last month, a code enforcement officer issued a violation notice to the home pertaining to a law forbidding “any obscene material, communication or performance or other article or item which is obscene within the Borough.”

Before the hearing, Dick refused to remove the signs, citing First Amendment protections, even after receiving a call from the city's mayor Joseph Signorello III, a Democrat.

“It’s been brought to our attention less because of the political aspect of it, but the vulgarity of it,” Signorello said last month. “The real problem is, from a neighbor perspective, is it’s a block away from an elementary school. It’s in a high-visibility area for children. Most of the ire was drawn from a lot of local parents.”

Michael Campagna, an attorney representing Dilascio, argued the move by the judge was akin to “censorship.”

“In Nazi Germany, when Hitler didn’t like something, they burned the books, and then they burned the people,” he added. “I don’t think we want that to happen in Roselle Park.”

Dilascio was given 20 days to appeal the decision.