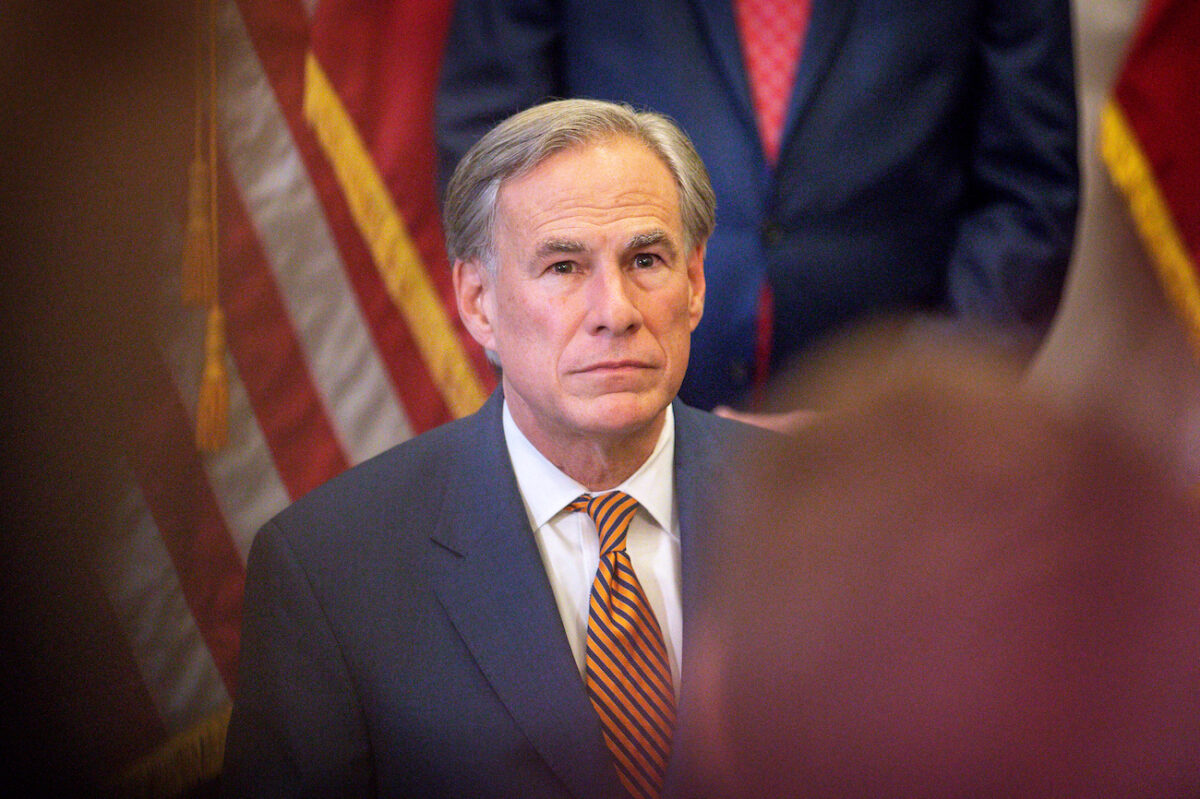 Texas Gov. Greg Abbott said Democrat state legislators who left a special session to protest against a voting overhaul bill “will be arrested” when they return from Washington D.C.

The lawmakers on Monday announced that they left Texas to deny Republican lawmakers quorum to convene the special legislative session to consider an election overhaul in the state and confirmed they left on a charter flight to Washington. Members of the Democrat caucus staged a similar walkout on May 30 to block the election overhaul bill, which calls for limits on early and curbside voting, bans 24-hour voting centers, limits the usage of ballot drop-boxes, and other provisions.

Abbott, a Republican, told KVUE-TV that the House speaker’s office has the power to arrest the lawmakers and he will continue to call special sessions until they “get the job done.”

Abbott said that the Democrats are “going to have to be prepared to do it for well over a year.”

“As soon as they come back in the state of Texas, they will be arrested, they will be cabined inside the Texas Capitol until they get their job done,” Abbott remarked.

“Everybody who has a job must show up to do that job, just like your viewers watching right now. State representatives have that same responsibility.”

When the House convenes Tuesday, if there is no quorum, any House member can make a call for a quorum to consider a bill, resolution, or motion, according to the House rules. The motion then has to be supported by 15 members and ordered via a majority vote, noted the Texas Tribune.

If the motion is supported, the missing Democrats will then become essentially fugitives.

But one Texas Democrat, Rep. Jasmine Crockett, said the governor cannot arrest her because she hasn’t committed a crime.

“I don’t worry probably because I know the law, as well, and the governor knows the law, as well. I’m a criminal defense attorney and so I understand that I’ve not committed a crime, so I can’t get arrested,” she said during an interview on CNN on Tuesday morning.

Crockett further added that the “most that can happen is that we can be detained, which is why we got out of the state. The governor of Texas has no jurisdiction outside of the state of Texas, along with [the Texas Department of Public Safety].”

Democrats’ decision on Monday came as a Texas state House committee on Sunday voted to advance a bill that would bring back a number of voting integrity-related proposals that didn’t pass during the previous session. Later on Sunday, Senate lawmakers advanced their version of the voting legislation in a committee vote.

The reason for the walkout, according to Texas Democratic Party Chair Gilberto Hinojosa, is to prevent the bill from passing. Democrats have said the measure would place undue stress on minority voters, saying it would suppress their ability to cast ballots.

“After Abbott dragged lawmakers back to the Capitol for his suppression session,” Hinojosa said, “Democrats are fighting back with everything we’ve got.”

Abbott and Texas Republicans have argued that the bill is necessary to protect elections and restore the public’s confidence in the state election system.

“By and large, individual voters are trying to vote. They’re trying to do the right thing,” Republican state Sen. Bryan Hughes said told KWTX over the weekend. “We want them to do that. The security measures in this bill, by and large, are directed at vote harvesters or folks who are trying to steal votes.”

The Epoch Times has contacted the Texas Democratic Party, Gov. Abbott’s office, and the Texas House Speaker’s office for comment.