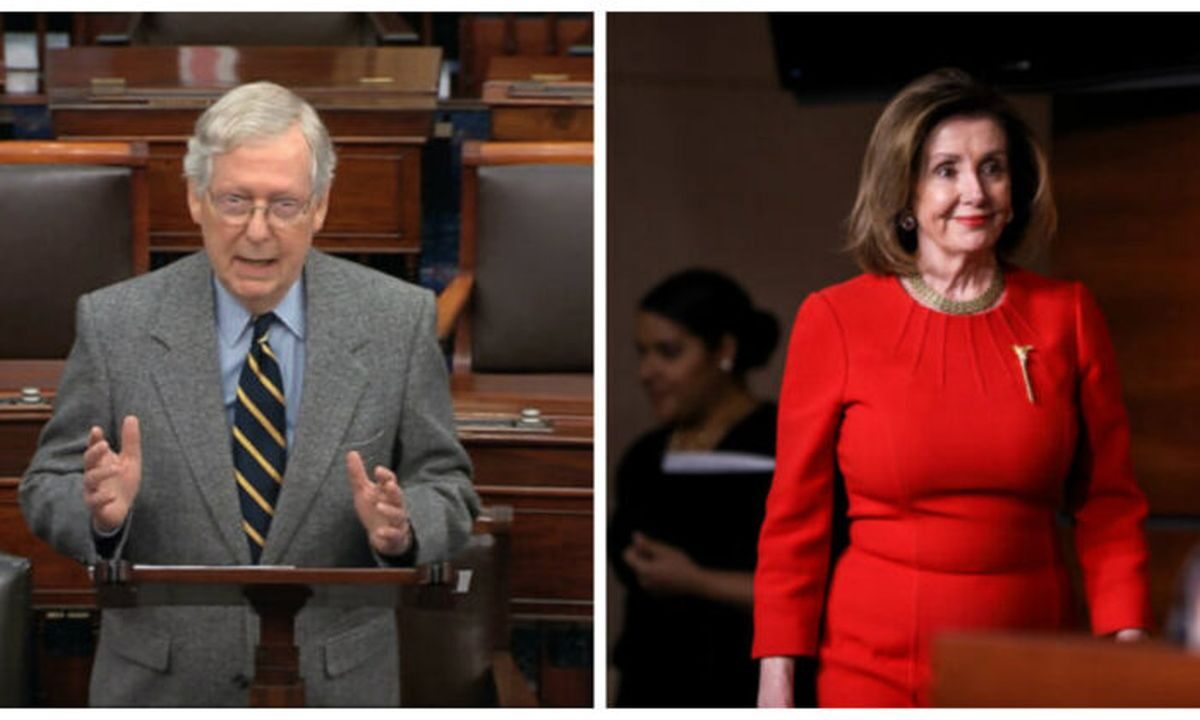 The independent commission, as envisioned by House members, would have the power to issue subpoenas. Some Republicans have said that the panel should also look at leftist riots and violence that erupted across the United States following the death of George Floyd last year.

McConnell’s comments echoed those of House Minority Leader Kevin McCarthy (R-Calif.) and former President Donald Trump in saying they wouldn’t back the proposal.

“After careful consideration, I’ve made the decision to oppose the House Democrats’ slanted and unbalanced proposal for another commission to study the events of Jan. 6,” McConnell said on the Senate floor on May 19.

The comment from McConnell signals that Democrats are unlikely to pass the measure in the Senate, as they would need at least 10 Republican senators to join Democrats in overcoming the 60-vote filibuster hurdle.

Trump, in a statement on May 18, also applied pressure on Republicans in Congress and said they “should not approve the Democrat trap of the January 6 Commission.”

“Republicans must get much tougher and much smarter, and stop being used by the Radical Left. Hopefully, Mitch McConnell and Kevin McCarthy are listening!” the former president said.

In adding to the arguments against the commission, McConnell said that the Department of Justice, FBI, and various House and Senate committees are months into their own investigations.

“There is, has been, and there will continue to be no shortage of robust investigations by two separate branches of the federal government,” he said on the floor. “It’s not at all clear what new facts or additional investigation yet another commission could actually lay on top of existing efforts by law enforcement and Congress.”

What’s more, McConnell said that Democrats, according to the House proposal, would be able to hire all the staff on the 10-person commission, although Democrats including House Speaker Nancy Pelosi (D-Calif.) described the panel as being bipartisan.

“From initially offering a laughably partisan starting point, to continuing to insist on various other features under the hood that are designed to centralize control over the commission’s process and its conclusion in Democratic hands,” he said.

Despite the low probability of it being passed, Senate Majority Leader Chuck Schumer (D-N.Y.) said this week that he intends to bring the legislation to the floor for a vote.

Schumer reacted to the comments from McCarthy and McConnell, accusing them of kowtowing to Trump. “Shame on the House Republican leadership for punishing Republicans who tell the truth,” he said on the floor.

Last week, when an agreement was reached on the deal, Pelosi said it “is imperative that we seek the truth of what happened on January 6 with an independent, bipartisan 9/11-type Commission to examine and report upon the facts, causes and security” of the incident.

Members of the commission would be experts on law enforcement, civil liberties, cybersecurity, and civil rights, the committee said in a statement, adding that they would examine the “influencing factors that may have provoked the attack on our democracy.” It will also have the ability to issue subpoenas for information, although the subpoenas will require a bipartisan vote.