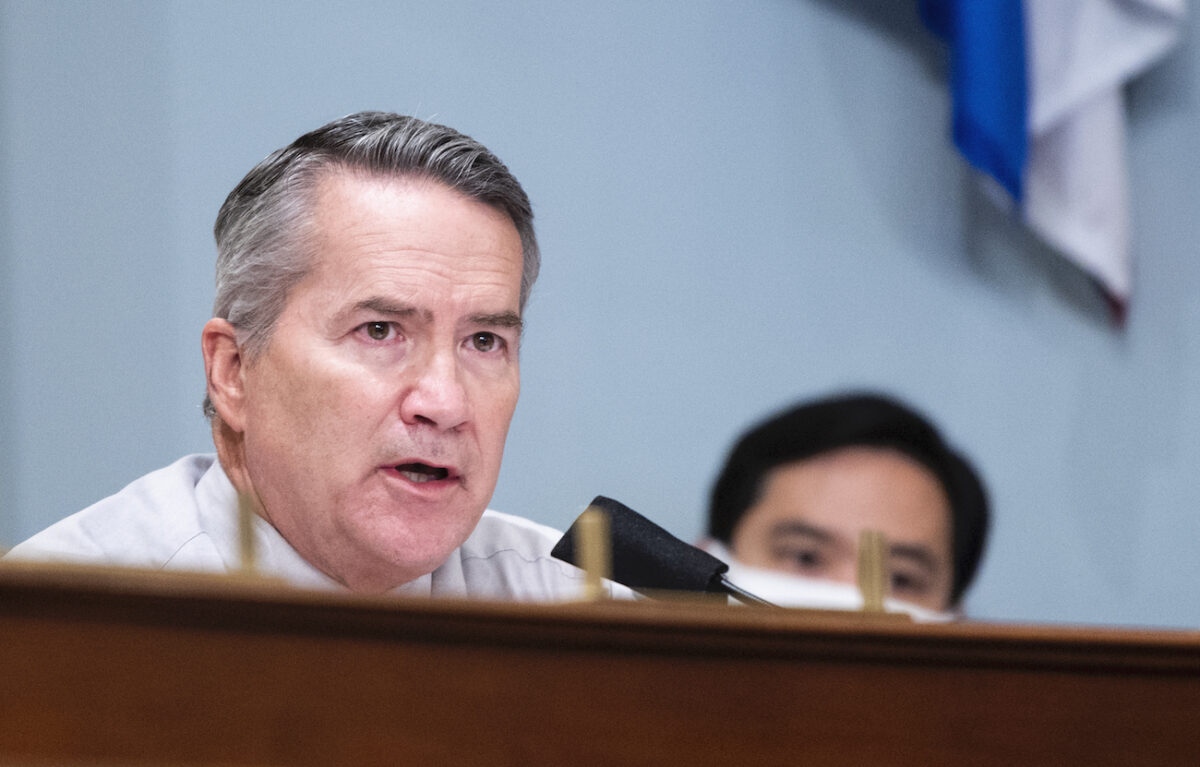 The commission that may be established by Congress to probe the Jan. 6 Capitol breach would, if approved, turn into an effort to go after former President Donald Trump and supporters of the former president, Rep. Jody Hice (R-Ga.) says.

“What this is going to turn into is a witch hunt to go after Trump and Trump supporters and conservatives as a whole—I believe, at least—and the attempt ultimately is going to try to label all of us who are conservatives as potential domestic terrorists and insurrectionists and whatever else,” Hice told The Epoch Times’ “American Thought Leaders.”

“We want answers to what happened on Jan. 6, period. That is the issue. But I have zero confidence that that is really the intent of this commission,” he added.

The commission’s aim would be to investigate factors that contributed to the Capitol breach, including how technology, including “online platforms, financing, and malign foreign influence operations and campaigns may have factored into the motivation, organization, and execution” of the breach.

Most Republicans in the lower chamber, including Hice, voted against the bill, though 35 crossed the aisle.

Hice said he was under the impression Democrats would not allow the GOP to have any staff on the commission.

Democrats “are going to be able to hire all the staff, all the attorneys, all that whatever is needed,” he said. “How is that bipartisan? This is going to be a one-sided commission.”

The chairperson, “in consultation with the Vice-Chairperson, in accordance with rules agreed upon by the Commission,” would choose staff members.

A House Homeland Security Committee aide in an email to The Epoch Times highlighted that portion.

“This avoids any unilateral action by the Chair by requiring consultation with the Vice Chair and adherence to the internal Commission rules agreed to by a majority of the Commissioners, now equally split among Ds and Rs,” the aide said. “The ‘in accordance with commission rules…’ is actually a bigger deal than consultation, which I think many of those in opposition of the bill are missing.”

Pelosi’s office did not respond to a request for comment.

The Democrat told colleagues in a speech on the House floor before the vote on the bill that the commission “is designed to be impartial and experienced.”

“Commissioners will be appointed from the highest echelon of government service, law enforcement, civil rights, civil liberties and privacy, the armed forces, intelligence, counterterrorism, cybersecurity, technology, and law,” she said. “The Commission will be, again, bipartisan and bicameral, with commissioners appointed by the majority and minority leadership in the House and Senate. And it will be actionable and effective culminating in a final report on the facts and causes of January 6th, along with recommendations to prevent further attacks on our democratic institutions.”

A major point of contention about the bill was its focus on Jan. 6, with no review of what happened over the summer of 2020, when numerous cities experienced riots.

“Quite frankly, we need answers to that as well: who has been responsible for those riots and those interactions and those seditious behaviors?” Hice said. “Why are we not looking at the entire problem, rather than just one issue that is going to then in turn, be totally dominated by them?”

Trump had mentioned that issue while calling for the GOP to oppose the bill.

“It is just more partisan unfairness and unless the murders, riots, and fire bombings in Portland, Minneapolis, Seattle, Chicago, and New York are also going to be studied, this discussion should be ended immediately. Republicans must get much tougher and much smarter, and stop being used by the Radical Left,” Trump wrote in a statement this week prior to the vote.

Democrats pushed to exclude any other issues from the bill and its co-sponsor, Rep. John Katko (R-N.Y.), agreed.

“The security breach that took place at the U.S. Capitol on January 6 was completely unacceptable. It directly threatened the safety of our staffs, U.S. Capitol Police, and fellow Members of Congress. It was a major breakdown in information sharing and preparedness, much like the shortfalls that existed prior to 9/11, and can never happen again,” he said in a statement after the bill was passed.

“An independent, bipartisan commission will protect against politicization and enable a review that focuses solely on the facts and circumstances surrounding the security breach at the Capitol as well as other instances of relevant violence.”