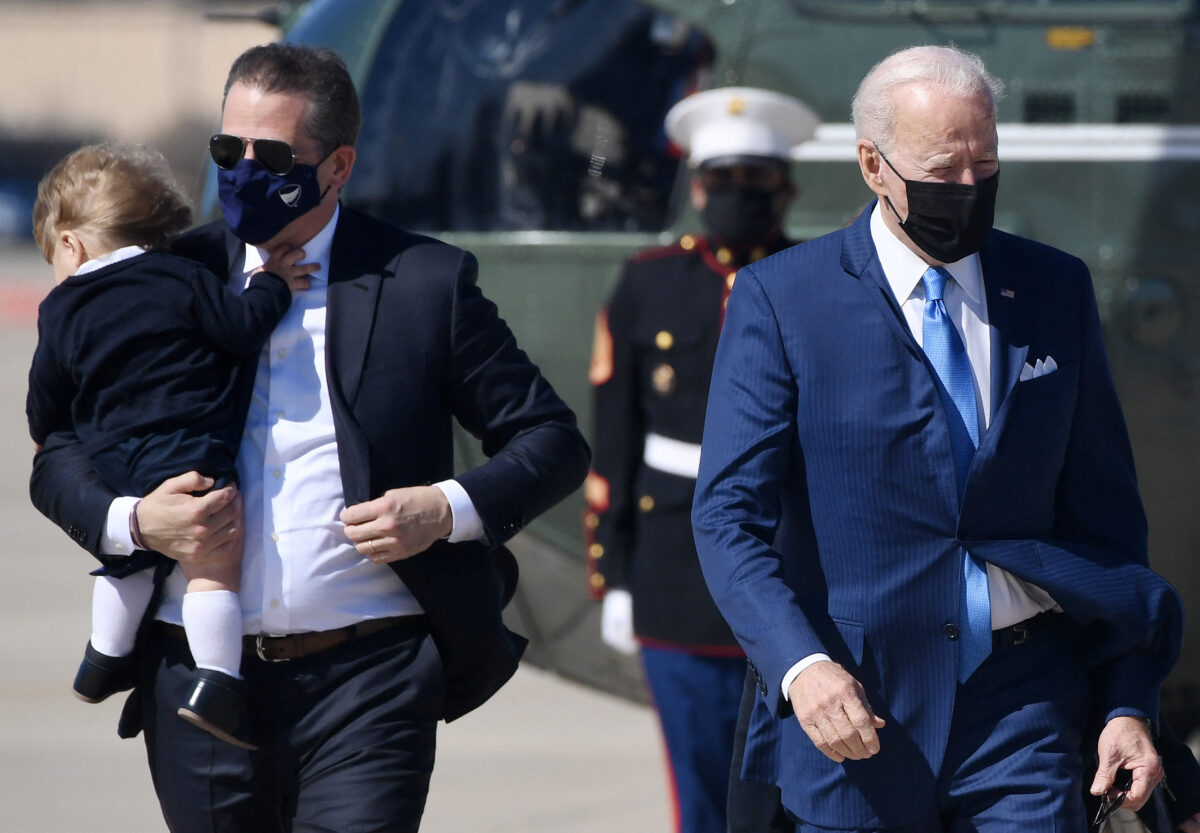 House Republicans this week demanded documents relating to what say are efforts by relatives of President Joe Biden to “profit from their proximity to the White House.”

“Reports regarding President Biden’s family members attempting to profit from their proximity to the White House have been disturbing and recurring,” House Oversight Ranking Member James Comer (R-Ky.) and other Republicans wrote in a letter. “Unfortunately, these reports of President Biden using his former official positions of public trust to swell the coffers of his family members are widespread, and any hope the pattern of family self-dealing would finally stop when he assumed the presidency has been dashed,”

The group demanded documents from the White House Counsel’s Office and the National Archives and Records Administration.

They cited the White House helping craft an arrangement that will see Biden’s son Hunter Biden sell pieces he’s created for as much as $500,000, but not reveal the identity of the buyers.

“The prices for these paintings—by someone with no formal training or history as an artist—raise questions about whether the art is being offered for its merit or its connection to the White House,” they wrote.

White House press secretary Jen Psaki said of the arrangement in a recent press conference that “after careful consideration, a system has been established that allows for Hunter Biden to work in his profession within reasonable safeguards.”

Psaki said in January that White House policy dictates that Biden’s name “should not be used in connection with any commercial activities to suggest or in any way … they could reasonably be understood to imply his endorsement or support.”

The lawmakers also noted that Biden’s sister plans to publish a book about her time as the president “whisperer” and that the law firm employing Biden’s brother, Frank Biden, promoted the relationship in an advertisement on the same day the president was inaugurated.

The “potential pattern of using the White House for profit” dates back to Biden’s time as vice president, with Frank Biden in 2011 promoting the sibling relationship and Hunter Biden flying to China in 2013 with his father at the same time he was creating a Chinese private equity fund.

The lawmakers want documents and messages regarding the 2013 trip and a 2016 trip to Mexico, as well as the same regarding any “security incidents” on Air Force Two during the same trips.