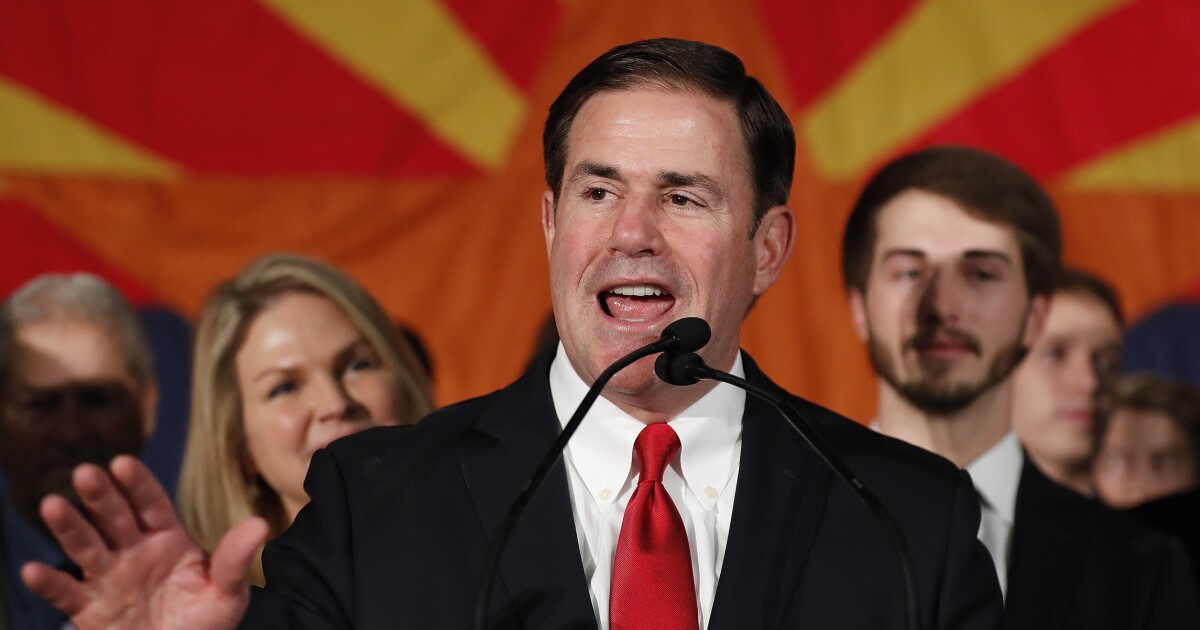 Governor Doug Ducey has signed legislation to expand broadband access in Arizona, something he called for in his January State of the State address.

House Bill 2596 allows the installation, operation, and maintenance of telecommunications equipment within the Arizona Department of Transportation's (ADOT) rights-of-way by private broadband providers. It additionally gives private telecommunications companies access to ADOT broadband conduit in a “non-exclusive and non-discriminatory manner.” This, Ducey said, will reduce the cost of installing rural broadband infrastructure.

The bill, signed Monday, also creates the “Smart Highway Trust Fund,” using leasing revenue from some ADOT properties as funding for the operations and equipment of the telecommunication facilities.

Arizona is one of 47 states, along with the District of Columbia, and Puerto Rico, to have pending legislation addressing broadband access, according to the National Council on State Legislatures.

According to Pew Research Center, 93% of adults use the internet but only 77% of adults have a broadband connection at home. National Center for Education Statistics data from 2018 shows 13% of households in Arizona do not have access to the internet.

The bill defines broadband service as “access and transport to the internet, computer processing, information storage or protocol conversion in either the upstream or downstream direction, as established by the federal communications commission.”

Ducey called for an expansion to the state’s broadband network in his State of the State address and this legislation, he says, follows through with that notion.

“Arizona is growing and people are moving here at a record pace — and we need to ensure all parts of our booming state are connected,” said Governor Ducey. “House Bill 2596 does that, and it will help Arizonans living in rural and tribal areas gain access to fast, affordable and reliable internet.”

“Connectivity is key, especially as more people work from home and rely on quality broadband,” Representative Cobb said. “Arizonans in all areas, including rural [areas], depend on high-speed internet for education, work, medical needs, transportation, public safety and so much more.”