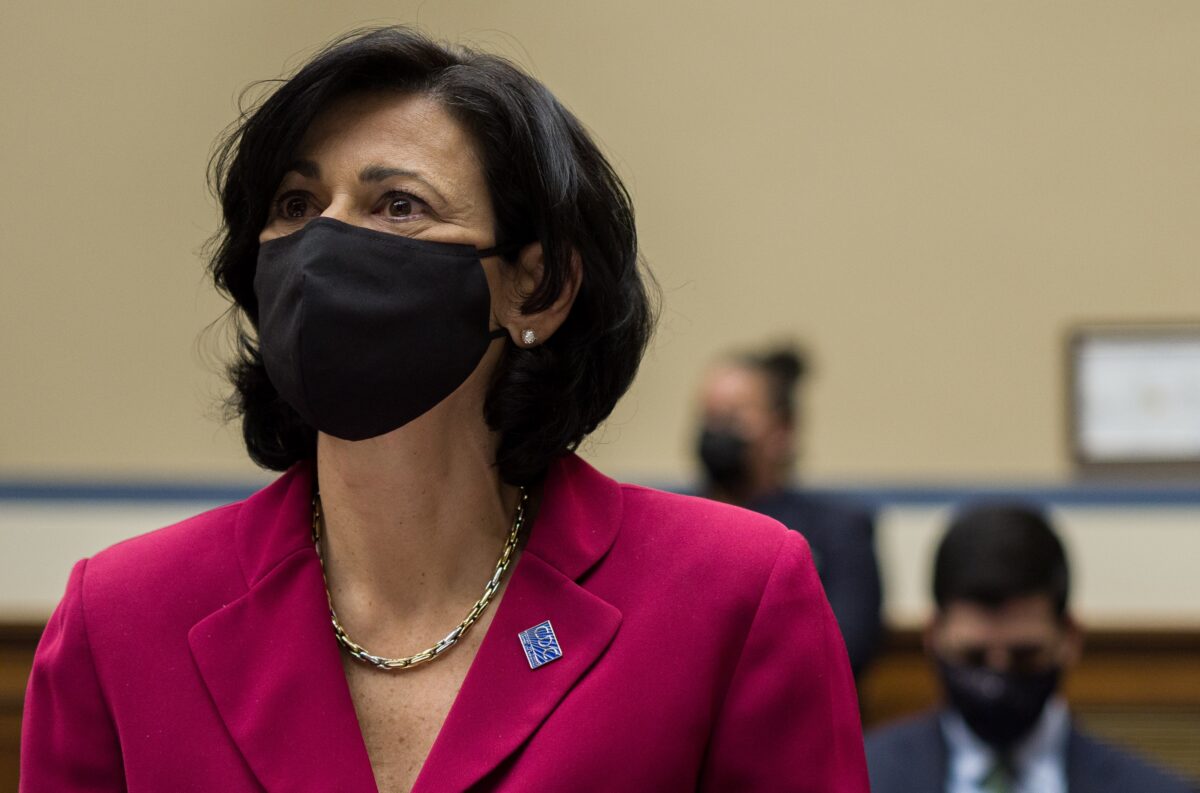 The second-largest teacher’s union in America was in close contact with the Centers for Disease Control and Prevention (CDC) on school reopening guidance, even successfully getting some of its recommendations inserted into the official guidance, newly released records show.

The American Federation of Teachers (AFT) and its president, Randi Weingarten, spoke multiple times with top CDC officials in the days leading up to the agency’s Feb. 12 publication of the guidance, according to internal emails (pdf) obtained through a Freedom of Information Act request by Americans for Public Trust, a watchdog group.

Weingarten discussed the pending guidance with CDC Director Rochelle Walensky on Feb. 1. A teacher’s union official then emailed a slew of CDC and White House officials, thanking them for the “rich discussion” and expressing hope “that lines of communications will remain open, and that we can serve as a true thought partner as you continue the important work toward safe reopening of schools.”

The official provided a lengthy paragraph that Weingarten committed to providing the CDC.

“I just wanted to circle back and extend my gratitude for the language you have provided us,” Walensky responded.

“Regrets for my delay in reply but I wanted to be certain you knew it is being worked into (with just a few small tweaks) the school opening guidance. We have also included the executive summary you suggested. Please know we are listening and working hard to ensure your confidence and partnership in this endeavor.”

Nearly every word from the 123-word paragraph made it into the final product.

Weingarten spoke with Walensky again on Feb. 7, calling the health director’s cell phone. The call was scheduled to take about 15 minutes.

On Feb. 11, just one day before the release of the official guidance, an AFT official again emailed a slew of CDC and White House officials, urging them to adopt the following sentence, “In the event high-community transmission results from a new variant of SARS-CoV-2, a new update of these guidelines may be necessary.”

The guidance ended up including the following line, “In the event of increased levels of community transmission resulting from a variant of SARS-CoV-2, updates to this guidance may be necessary.”

After the emails were made public this week, Republicans demanded answers—with some calling for Walensky to step down.

“She’s allowed her guidelines to be polluted by a political organization, and in my opinion, loses all validity, and needs to resign,” Rep. Greg Murphy (N.C.), a physician, told NTD.

Top Republicans including Rep. Cathy McMorris Rodgers (R-Wash.), the ranking member on the House Committee on Energy and Commerce, pressed Walensky in a letter about the revelation that the CDC adopted language suggested from the AFT virtually word-for-word.

“The hundreds of pages of emails also show potentially inappropriate political influence from the White House over CDC’s guidance process,” they wrote, accusing Walensky of shifting her own position on school reopening between Feb. 3 and Feb. 12.

“While Ms. Weingarten travels the country in a private jet for in-person meetings, kids sit at home glued to screens as parents are left looking for answers. The AFT’s priority is not focused on getting kids back to school, despite studies showing, with appropriate measures in place, in-person learning is safe. However, as the Director of the CDC, your decisions should be guided by science, not political interest groups,” they added.

In a statement emailed to The Epoch Times, Weingarten said the union represents educators and other so-called frontline employees.

“So naturally, we have been in regular touch with the agencies setting policy that affect their work and lives, including the CDC. In fact, we contacted the agency more in 2020 during the Trump administration than we have during the Biden administration in 2021—requesting additional guidance, questioning policy, providing testimony and offering an educator and healthcare worker perspective,” she said.

“And while we have at times been concerned about their conclusions—as we were initially with the change in classroom physical distancing rules—we respect deeply that the CDC career staff has always taken its responsibility seriously. We appreciate that under Dr. Walensky’s leadership, the CDC welcomes stakeholder feedback, as opposed to ignoring it.”

The organization also said that the union has been working since April 2020 to reopen schools safely and knows in-person learning is best for students.

The CDC did not respond to an inquiry. Walensky was not asked about the emails during a virtual briefing on Wednesday.

On the day the reopening guidelines were published, Weingarten praised the CDC, saying the agency “met fear of the pandemic with facts and evidence.”

“The CDC has produced an informed, tactile plan that has the potential to help school communities around the country stay safe by defining the mitigation and accommodation measures, and other tools educators and kids need, so classrooms can once again be vibrant places of learning and engagement,” she said at the time.

White House press secretary Jen Psaki told reporters in Washington this week that the CDC’s “longstanding best practice” is to “engage with organizations and groups that are going to be impacted by guidance and recommendations issued by the agency.”

“It doesn’t mean they are taking everything they want or even a percentage of what they want, but it’s important to understand the implementation components. They do so to ensure that recommendations are feasible and that they adequately address the safety and wellbeing of the individuals the guidance is aimed to protect,” she added.

Other stakeholders the agency consulted include the Council of Chief State School Officers, the National Association of School Nurses, and the National Governors Association.