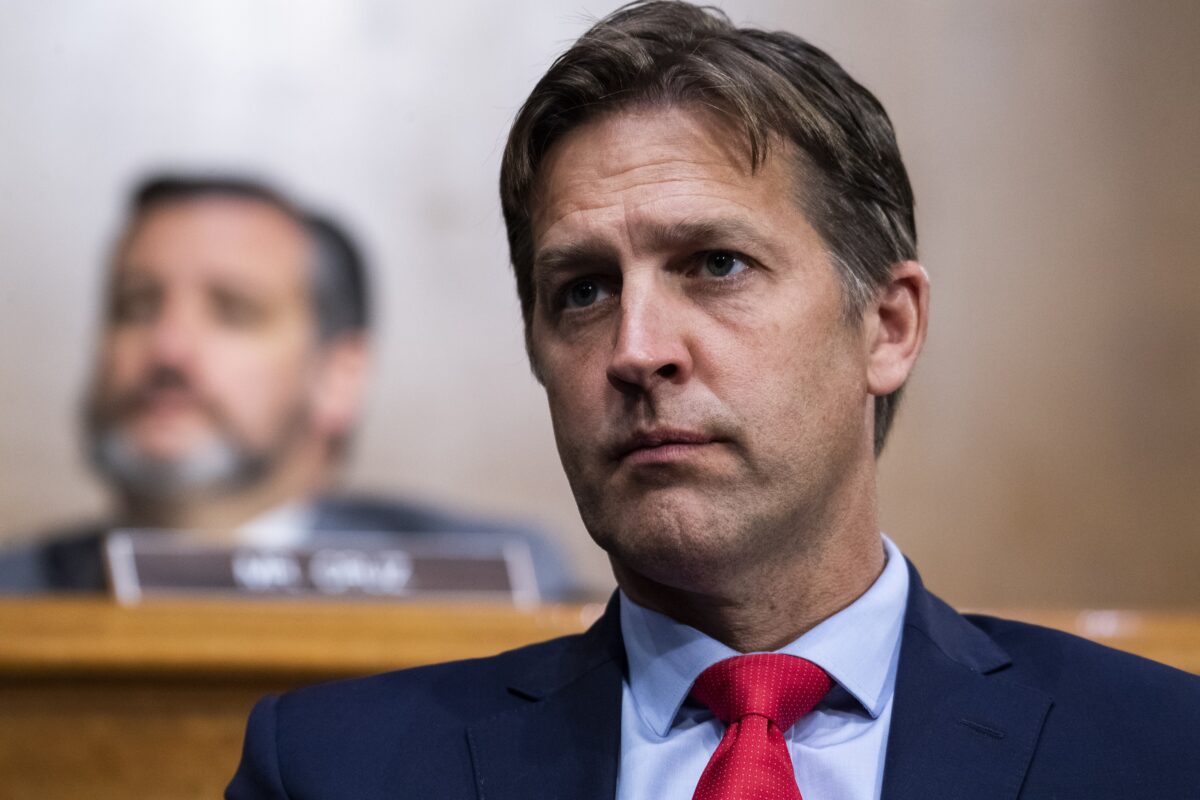 Senators on Capitol Hill on Wednesday announced the re-introduction of a bipartisan bill that would impose harsh penalties on companies and individuals found guilty of stealing American intellectual property, with the lawmakers singling out China for its “routine” theft of U.S. trade secrets.

Sens. Chris Van Hollen (D-Md.) and Ben Sasse (R-Neb.) reintroduced the bipartisan Protecting American Intellectual Property Act (pdf), which would require sanctions for people and firms that “engage in, benefit from, or enable the significant and serial theft of U.S. intellectual property.”

The legislation was passed unanimously by the Senate in December 2020, but ended up not referred for any floor action when passed back to the House in the waning days of the 116th Congress, which adjourned on Jan. 3.

“We have to do more to protect American intellectual property from hackers and cheaters. Stealing our IP is routine for China’s thieves—getting serious about combating their actions by using tough economic tools, like sanctions, is a good place for us to start. This bipartisan legislation is a no-brainer,” Sasse said in a statement.

“Many foreign companies, and especially those based in China, are working overtime to steal U.S. technology—damaging our economy, harming U.S. job creation, and threatening our national security in the process. The U.S. must act to ensure these companies–and the governments enabling them–face meaningful consequences for their attempts to cheat the system,” Van Hollen said in a statement.

“This bill draws a line in the sand–outlining clear repercussions these bad actors will face if they steal vital, cutting-edge American technology,” Van Hollen said, adding that, “given the unanimous support our bill received last Congress, we’ll be pushing to get this done quickly.”

The Protecting American Intellectual Property Act requires an annual report to Congress that would identify individuals and firms engaged in, benefitting from, or otherwise supporting “significant theft” of American trade secrets. The report would also assess whether the theft amounts to a “major threat” to U.S. national security, foreign policy, economic health, or financial stability.

The bill calls on the President to punish guilty companies by imposing at least five sanctions from a menu consistent with the Countering America’s Adversaries Through Sanctions Act, legislation adopted in 2017 that expanded and codified into law punitive measures that were previously imposed by executive orders. The penalties include blocking property, prohibiting banking transactions, procurement sanctions, and prohibiting U.S. and international financial institutions from making loans to the violating firms.

Individuals identified in the congressional report would be punished by property blocking sanctions and prohibition of entry into the United States.

The penalties would terminate if the president certifies to Congress that the people or companies were no longer engaged in stealing U.S. trade secrets.

According to the Commission on the Theft of American Intellectual Property, intellectual property theft costs the American economy hundreds of billions of dollars each year, and China is “the world’s principal IP infringer.”

In recent years, U.S. authorities have prosecuted cases of Chinese nationals working at U.S. universities who have stolen technology beneficial to the Chinese regime.