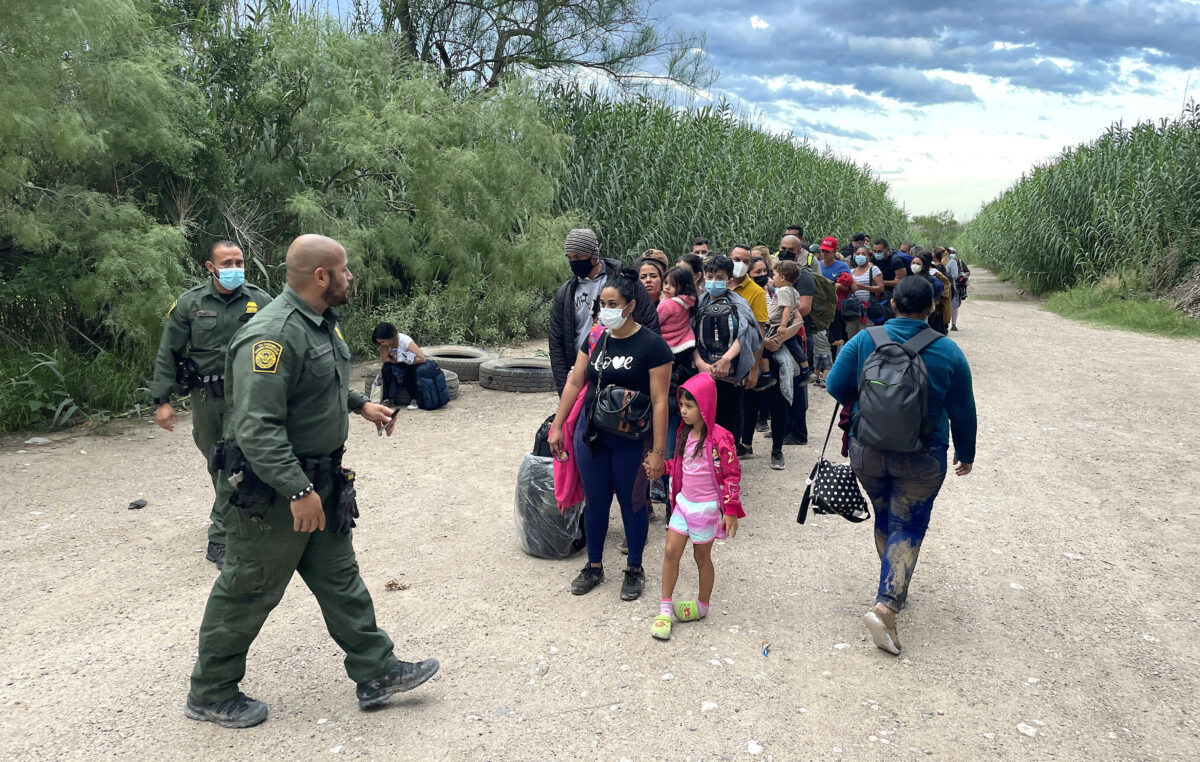 A new analysis by Steven Kopits, head of Princeton Policy Advisors, a think tank, projects that immigration officials could encounter nearly 1.7 million people seeking to enter the United States illegally by the end of 2021, with Kopits blaming the Biden administration’s “open border” policies.

The analysis comes after federal immigration officials announced that they had apprehended 188,829 people illegally crossing the southwest border in June, up from 180,034 in May. The figure includes more than 15,000 unaccompanied minors, over 55,000 family units, and over 117,000 single adults.

“The only way to achieve such stratospheric numbers is by a deliberate policy of holding the border open,” Kopits wrote in the analysis.

“In all but two of the last twenty-one years, June apprehensions were below May apprehensions,” Kopits wrote. “The case is just the opposite this year, suggesting that extraordinary factors—like an open border—are stimulating continued and counter-seasonal flows of illegal immigration.”

The White House did not immediately respond to a request for comment.

In the analysis, Kopits assumes the number of apprehensions will taper off in the balance of the year, similar to what happened several decades ago, although he notes that “apprehensions are showing no signs of doing so at the moment.”

“Our forecast for the balance of [calendar year] 2021 assumes a decrease in apprehensions following the precedent of 2000,” Kopits wrote. “In such an event, apprehensions at the U.S. southwest border would total 1,581,000 for [fiscal year] 2021 and 1,690,000 for calendar year 2021. The fiscal year figure would be the third worst in the historical record, and for the calendar year, the absolute worst in the historical record by nearly 100,000.”

While the number of illegal immigrants who were detected by Border Patrol but evaded capture isn’t released, Border Patrol Chief Raul Ortiz said on June 24 that the number had exceeded 250,000 so far this fiscal year. The number who are not detected and not captured is impossible to estimate.

Since taking office, President Joe Biden has reversed a number of border and asylum policies implemented by the Trump administration, including overturning the Migrant Protection Protocols, which required asylum seekers to wait in Mexico while their claims were processed. Biden has also proposed an immigration bill that would provide a pathway to citizenship for illegal immigrants living in the United States.

Republicans have blamed Biden’s rollback of Trump-era policies for fueling the border surge, arguing that stricter rules around border security and asylum admissions serve to deter would be illegal immigrants from trying to enter the United States.

Charlotte Cuthbertson contributed to this report.