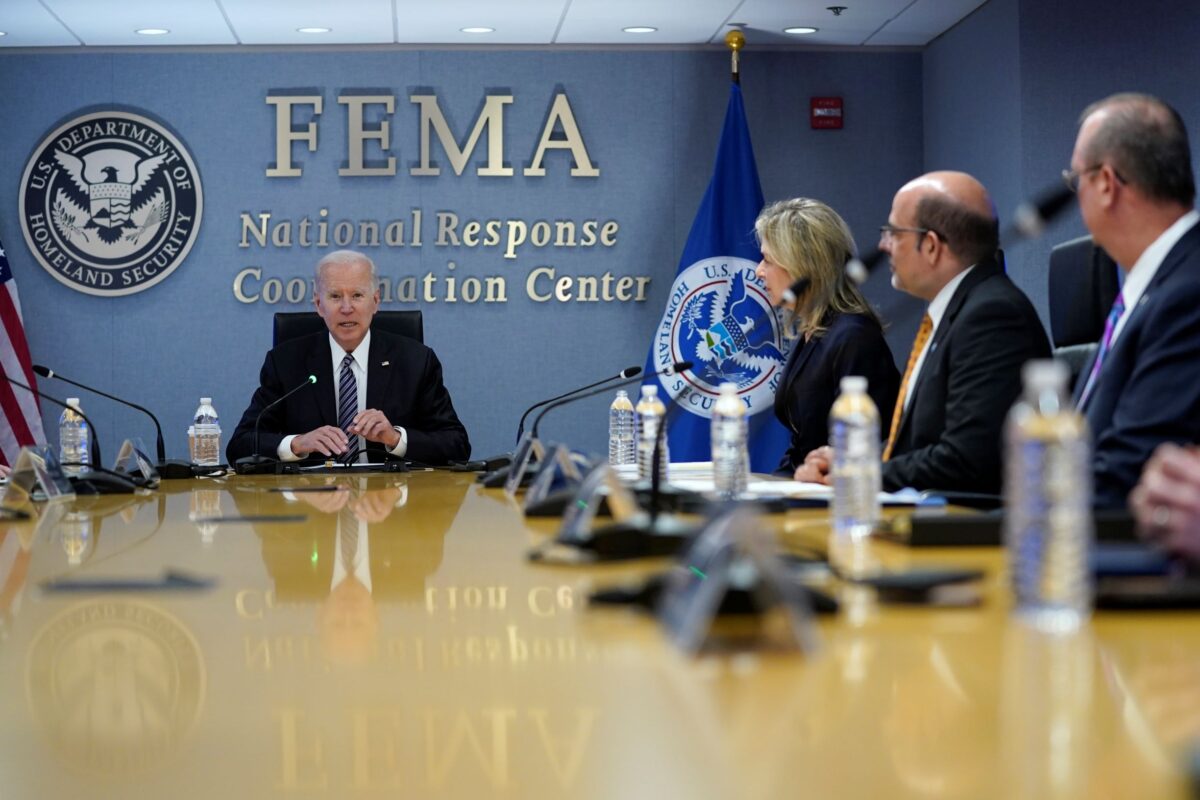 WASHINGTON—President Joe Biden announced Monday that he’s doubling U.S. emergency spending to help communities prepare for hurricanes and other extreme weather events, while launching a new effort at NASA to better understand and track the impact of climate change.

2021 has already had significant winter storms that caused a deadly blackout in Texas and other states, and officials expect an ongoing severe drought in the West to fuel another destructive summer of wildfires following one of the worst fire years on record in 2020. Forecasters predict a busy hurricane season along the Atlantic Ocean and Gulf of Mexico, but perhaps not as severe as 2020’s record-shattering year.

“We all know that the storms are coming, and we’re going to be prepared,” Biden said during a visit to the Federal Emergency Management Agency’s Washington headquarters. “We have to be ready.”

The National Oceanic and Atmospheric Administration said last week that the hurricane season, which runs from June through November, will likely see 13 to 20 named storms, including at least six that will become hurricanes and three to five categorized as major hurricanes with winds of more than 110 mph (177 kilometers per hour).

Biden, during his visit to FEMA, received a briefing on this year’s outlook for the Atlantic hurricane season.

The White House said it is the government’s responsibility to better prepare and support communities before disasters occur, rather than simply respond afterward.

FEMA will provide $1 billion for the Building Resilient Infrastructure and Communities, or BRIC program, which helps states, local communities, tribes and territories to develop projects to prepare for and reduce risks from disasters and natural hazards.

The White House also said it will develop a new NASA mission concept for an Earth System Observatory that will forecast and monitor natural disasters. The Earth System Observatory will deploy advanced technology in space to improve understanding of interactions between Earth’s atmosphere, land, ocean and ice, helping determine how climate change will play out in the near and long term.