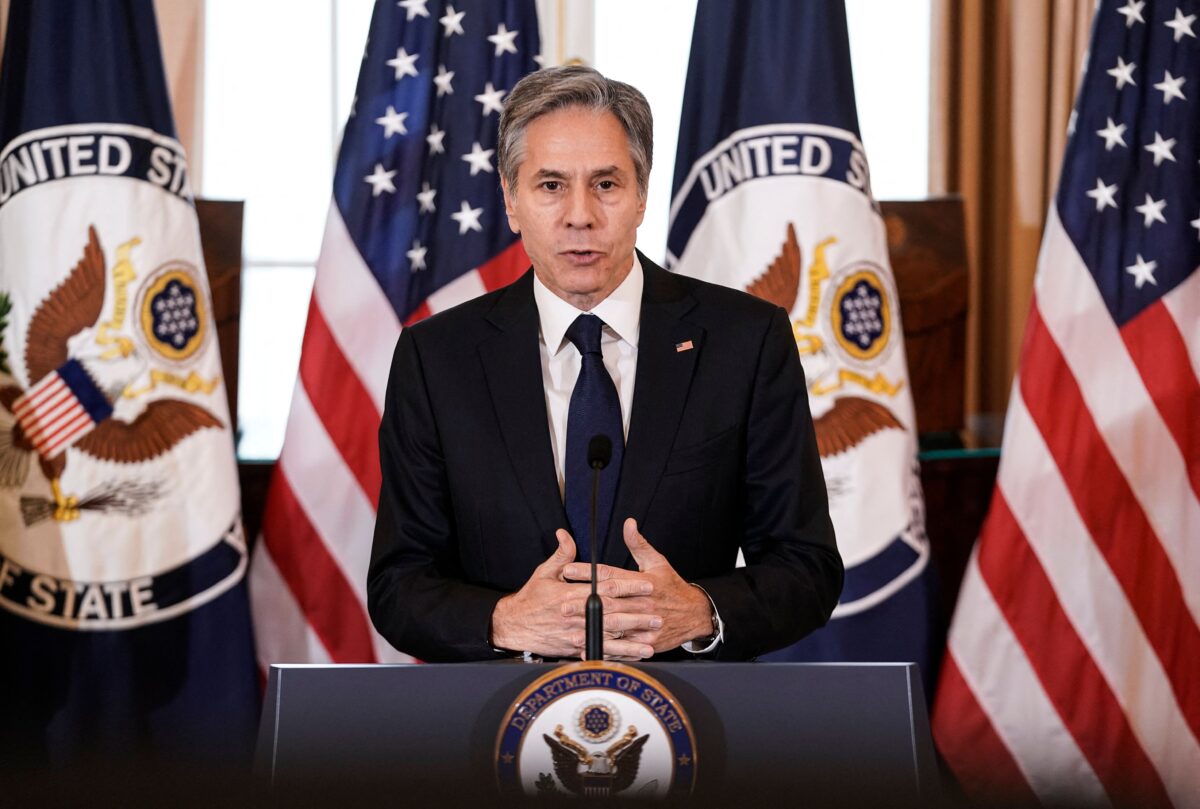 Secretary of State Antony Blinken said on Tuesday that the administration has invited experts from the United Nations (U.N.) who investigate racism and minority issues to conduct an official visit to the United States.

“As a first step, we have reached out to offer an official visit by the U.N. Special Rapporteur on contemporary forms of racism and the U.N. Special Rapporteur on minority issues,” Blinken said in a statement. “Responsible nations must not shrink from scrutiny of their human rights record; rather, they should acknowledge it with the intent to improve.

“I urge all U.N. member states to join the United States in this effort, and confront the scourge of racism, racial discrimination, and xenophobia,” he said.

Blinken said the administration welcomes the U.N. Human Rights Council’s approval of a resolution to address systemic racism against Africans and people of African descent in relation to law enforcement.

While many of the protests were peaceful some turned violent, with looting and rioting.

Many of the protestors called for defunding police precincts and changing laws that protect police officers from being held liable for their decisions to use excessive force or shoot a suspect.

While advocates for defunding the police say that police use excessive force and shoot blacks disproportionately, statistics say otherwise.

The former police officer and co-founder of the BLEXIT movement Brandon Tatum said one need not be a conspiracy theorist to understand this. Statistics show that twice as many unarmed whites are shot by the police each year than unarmed blacks.

In 2018, the most recent year for which data on this is available, blacks made up 53 percent of homicide offenders in the United States and committed about 60 percent of robberies, while only making up 13 percent of the population.

Meanwhile, the Biden administration is trying to pass sweeping police reform legislation, the George Floyd Justice in Policing Act of 2021, which passed the House in March. But the legislation has since been embroiled in negotiations led by Rep. Karen Bass(D-Calif.), Sen. Tim Scott (R-S.C.), and Sen. Cory Booker (D-N.J.)

The proposed laws would ban police tactics such as chokeholds and no-knock warrants, lower the legal standard required to convict an officer for misconduct, establish guidelines for police departments nationwide, and create national standards for policing in a bid to bolster accountability.

It would also prohibit qualified immunity, the powerful legal doctrine that shields law enforcement and other public officials from liability in civil lawsuits.

However, qualified immunity has reportedly been a sticking point during prolonged negotiations with Republicans opposing calls from Democrats to alter or revoke it from the act after numerous members of law enforcement have warned they expect more police to walk off the job if the bill passes.

GOP lawmakers have argued that qualified immunity is necessary and that any effort to remove it would further complicate police work and hurt recruiting efforts.

The trio of lawmakers said on June 24 that they had reached a preliminary bipartisan agreement on the police reform bill.

Katabella Roberts contributed to this report.