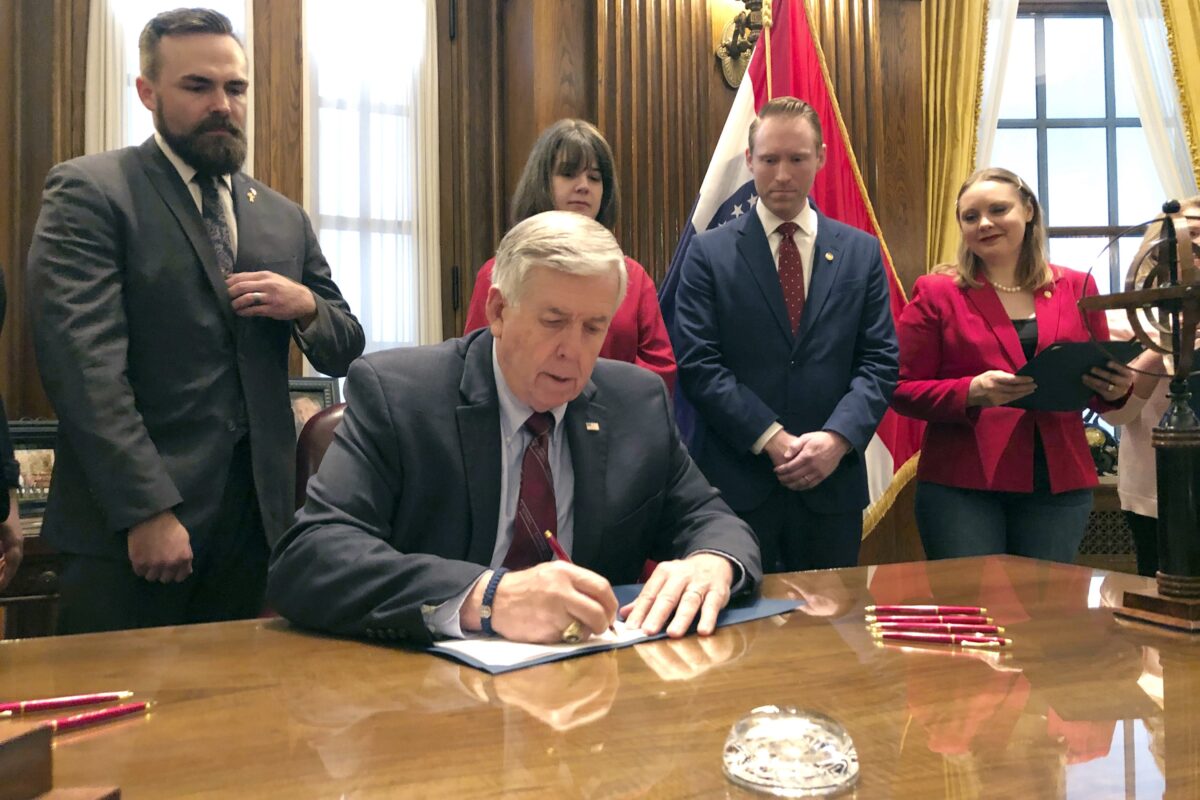 Senate Bill 53 (pdf) increases the penalty of doxing law enforcement officers, judges, commissioners, prosecuting attorneys, or their families. This is now considered a class E felony when bodily harm and death threats are intended with the release of personal information.

Senate Bill 26 (pdf) affords taxpayers injunctive relief if local governments defund the police or decrease law-enforcement budgets to the point that they are harmed. In addition, it also creates a 988 Public Safety Fund to provide officers with mental health care to aid with stress and psychological trauma incurred on the job.

Senate Bill 72 (pdf) designates the first Friday in May as Law Enforcement Appreciation Day. Meant to strengthen the ties between communities and the officers who serve them, this annual celebration will be honored with events and demonstrations within the state.

The impact of these measures will offer a clearer picture to other states which are struggling with decisions to defund the police. Furthermore, it re-humanizes those who work to serve the public.

Sergeant Joey Hann of the Cape Girardeau Police Department spoke with The Epoch Times about his role as a police officer and how these measures will affect him. He has been a policeman for nearly 23 years and holds a Bachelor’s Degree in criminal justice and a Master’s Degree in Emergency Management. He is a SWAT team leader and teaches numerous subjects for the department’s Collegiate Law Enforcement Academy.

When asked about recent political tensions aimed at law-enforcement, he admitted that “The majority of society is still extremely polite and cordial but there has been an alarming increase in the level of verbal abuse and the number of personal attacks a patrol officer must experience when just handling routine calls for service.”

He described how a growing number of individuals become volatile toward police officers as soon as they are pulled over for simple traffic violations, or even when just patrolling neighborhoods. But that is not all. Hann noted that officers and their families have been targeted and doxed for answering calls to protect businesses and residents during recent protests.

He believes that these actions are specifically meant to keep first responders from doing their jobs—which jeopardizes public safety—and expressed his support of Senate Bill 53, “Enhanced penalties are appropriate and accountability is in order to keep these scare tactics from endangering innocent citizens.”

When questioned about the new law to aid taxpayers harmed due to defunding or decreasing law enforcement in local areas, he pointed out the logic in offering those people compensation at the cost of that area’s government. “If a community negligently removes vital services away from citizens who paid taxes so that they could be safe in their normal lives, then there should be a certain level of accountability for that negligence.”

The Law Enforcement Appreciation Day is something Hann appreciates, but he also added, “I personally find equal value in just the concept of humanizing the badge. Most officers don’t seek acknowledgment and don’t look for free meals or discounts, they just want to be treated like everyone else in the community.”

That reminder that police officers are people working to ultimately protect others is something he and The Cape Girardeau Police Department takes seriously. Like many precincts across the nation, they work closely within their community.

He opened up about their specific efforts, “Our department volunteers, coaches and fundraises year-round for Special Olympics. On Saturday, July 24, we are hosting a Police VS Fire grappling event with 100% of proceeds going to Special Olympics. We also volunteer as big brothers and big sisters of Missouri as mentors to numerous kids in the area, we host kids camps, offer tours, we have a very active explorers program (youth officer candidate program) we offer a citizen’s police experience where citizens can go through the scenarios we face and we are very transparent with our public information with local media and on our social media platforms.”

These programs, along with the new bills, are efforts to bridge gaps between the police and everyday American citizens. As some police departments struggle to keep officers, these relations are becoming ever more crucial, something Hann takes pride in.

He worked in many fields before becoming a police officer but also admitted, “I don’t think I could ever find as much satisfaction in any other career. I’m not particularly motivated by money and I’m not easily deterred when society turns away from us. I’ve experienced enough in life to know that what I am doing is just and it’s ultimately meaningful work.”