More migrants are risking illegal entry to the U.S. through dangerous terrain because of an increase in enforcement and border wall expansion, The Wall Street Journal reported Wednesday.

Migrants have tried crossing mountain ranges, deserts, oceans and piled into overcrowded railcars in hopes of reaching the U.S., according to the WSJ. The Biden administration has continued Trump-era policies including the rapid expulsion of most migrants under public health order Title 42, causing some migrants to make multiple attempts at illegal entry.

“We’ve had a few deaths, people falling off cliffs,” he said.

TOPSHOT – Aerial view of migrants on a train known as “The Beast” in Palenque, Chiapas state, Mexico, on July 25, 2019. (Photo credit should read ALFREDO ESTRELLA/AFP via Getty Images)

Migrants attempting illegal entry through particularly hazardous routes mostly consist of single adults trying to avoid apprehension while families and children seeking asylum look to turn themselves into border officials, the WSJ reported. However, some families still attempt to cross in dangerous areas and end up needing to be rescued by border officials.

Border Patrol agents apprehended two migrant mothers and three children wandering in the desert near the Tinajas Altas Mountains in Arizona on Wednesday, CBP reported. An 11-year-old migrant boy lost consciousness due to a heat-related illness and officials transported the group to a local hospital. (RELATED: Officials Say Human Smugglers Bringing Migrants Into The US Illegally By The Hundreds)

“Tactics change every day,” El Paso, Texas, Border Patrol Agent Gloria Chavez told the WSJ. “We have seen a level of frustration and aggressiveness against Border Patrol agents from those individuals, primarily single adults that have, that are trying to evade arrest.”

CBP officials apprehended over 178,600 migrants at the southern border in April, including more than 111,300 single adults and around 17,100 unaccompanied minors, according to the agency. Officials rescued more than 870 migrants in April, totaling over 5,780 rescues since October 2020, CBP reported.

Border Patrol agents rescued a male migrant who entered the U.S. illegally and was left alone in the Arizona mountains after he reported being lost and needing water on May 6, CBP reported. The man was rescued, processed and removed to Mexico.

A Border Patrol Search, Trauma, and Rescue team rescued five illegal migrants who hiked through hot, dry conditions and eventually got lost near Otay Mountain in California on May 5, according to CBP. The migrants called officials after running out of food and water. (RELATED: Some Officials Told Illegal Migrants They Were Going To California And Deported Them To Mexican Border Towns Instead)

“As smugglers become more callous about the welfare of the people they smuggle, the need for our rescue capabilities has increased,” Chief Patrol Agent Aaron Heitke said in a statement. “Thankfully, our agents continually rise to the occasion.” 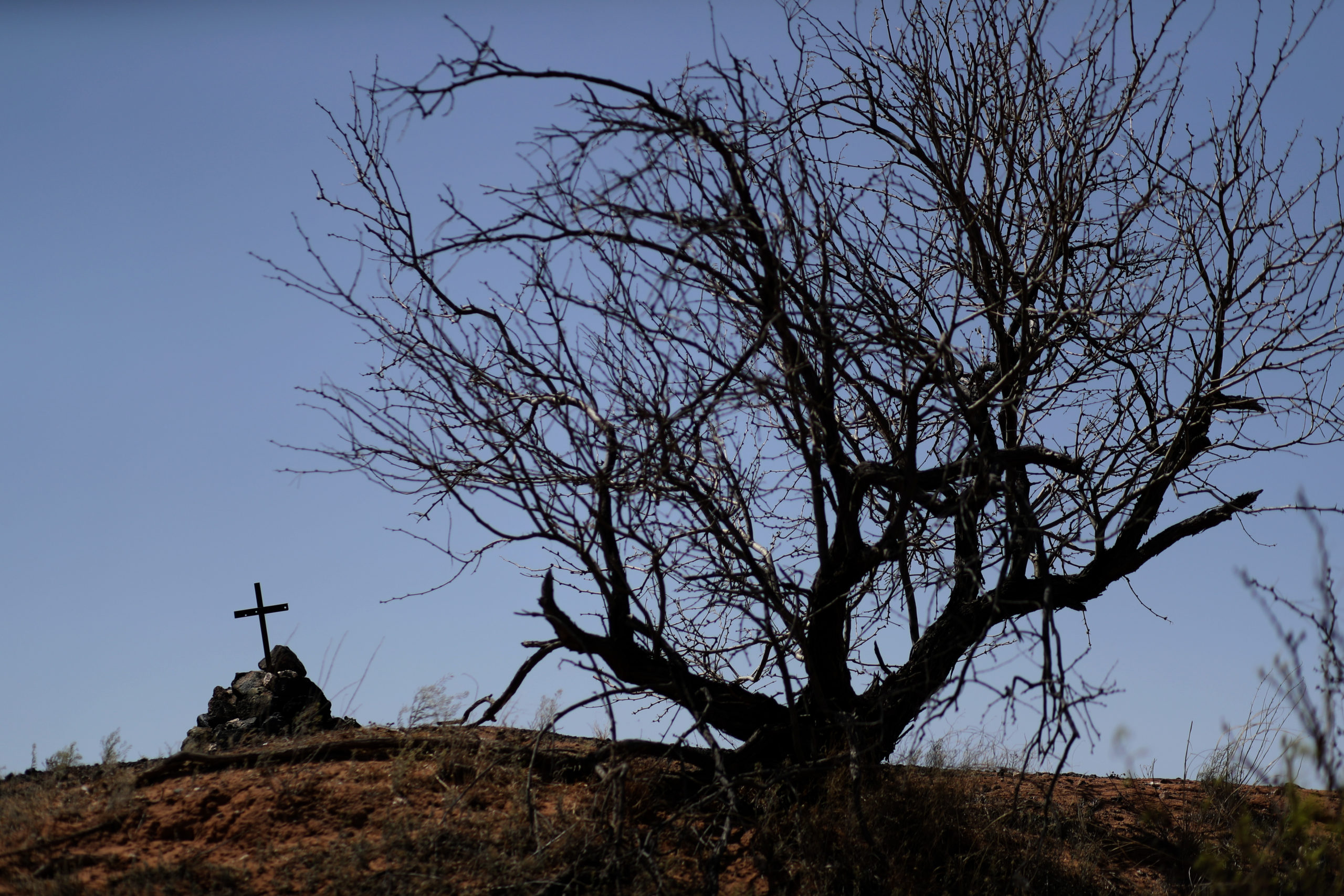 COLUMBUS, NM – MARCH 31: Roadside memorials are seen near the border of the United States and Mexico on March 31, 2019 in Columbus, New Mexico. (Photo by Justin Sullivan/Getty Images)

At least 16 migrants have reportedly died in accidents around the border since March, according to the WSJ. The remains of over 200 illegal migrants were found in southern Arizona in 2020, Binational Migration Institute at the University of Arizona Co-Director Daniel Martinez told the WSJ.

Four people died when a boat carrying 30 migrants hoping to illegally enter the U.S. broke apart off the coast of San Diego, California, on May 3, according to CBP. Another boat attempted to smuggle 21 migrants into the U.S. in the same area on April 29.

CBP officials are frequently finding illegal migrants stowed away on trains entering the U.S. from Mexico, the agency reported on April 26. Over 290 migrants have been apprehended attempting to illegally enter the U.S. by train. (RELATED: ‘The Smuggler Is Our Enemy’: DHS Announces Operation Targeting Criminal Organizations Who Smuggle Migrants)

“We cannot stress how dangerous of a practice this is and we encourage any considering this to not proceed with their plans,” CBP Director of Field Operations Hector Mancha said in a statement. “People are climbing on rail cars and hiding in places not designed to accommodate human beings.”

“Fortunately we have yet to encounter anyone who has been maimed while attempting this but I am afraid that at some point we will,” Mancha said.

Content created by The Daily Caller News Foundation is available without charge to any eligible news publisher that can provide a large audience. For licensing opportunities of our original content, please contact [email protected].