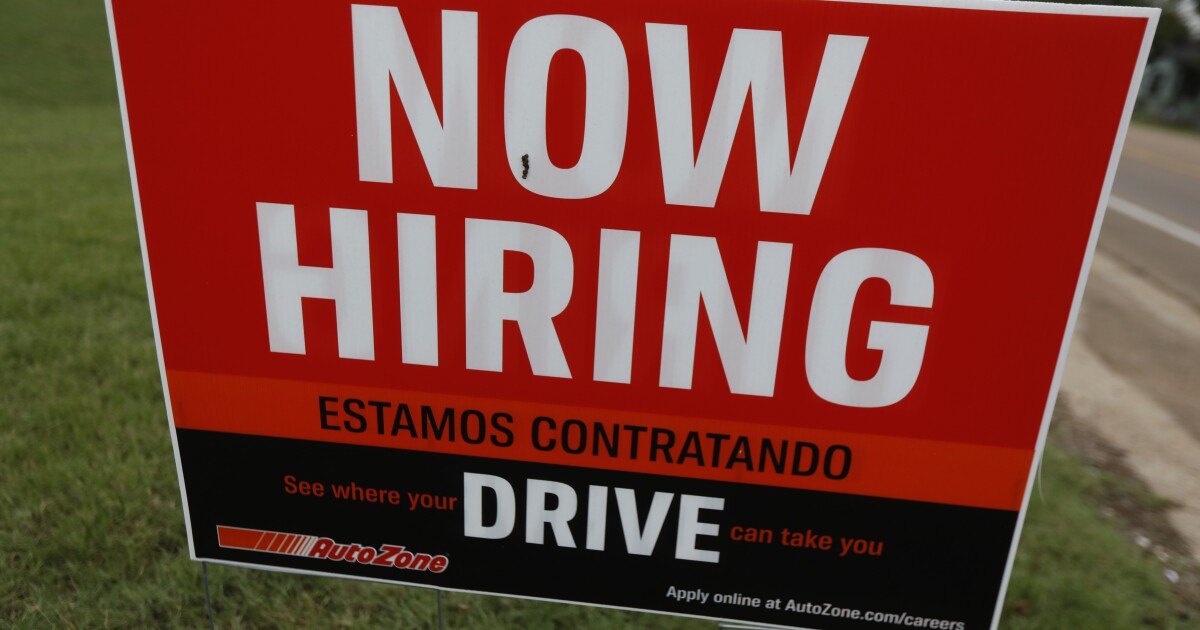 A California taqueria is warning its customers that service may be slower due to a staffing shortage it blamed on government unemployment benefits.

Taco Loco Taqueria in Folsom, California, posted a sign asking its customers to have patience with its staff because “no one wants to work anymore.” The restaurant attributed the staffing problem to “government and state handouts,” which were increased at the beginning of the pandemic.

A sign addressed to the Taco Loco's loyal customers thanked patrons for their support and explained the business's plight, reading, “Sadly, Due to Government and State Handouts No One Wants to Work Anymore. Therefore, We Are Short Staffed. Please Be Patient with Our Staff That Did Choose to Come to Work Today to Serve You.”

When responding to criticism of the sign on Saturday, Taco Loco wrote on Facebook that the business pays employees “very well” and that $414,000 in Paycheck Protection Program loans were “paid out.”

Barry Broome, the president of the Greater Sacramento Economic Council, told CBS Sacramento that the labor shortage would continue until the enhanced unemployment benefits instituted by Congress end in September. Broome’s analysis echoes that of business leaders, including the U.S. Chamber of Commerce.

After a lackluster April jobs report that showed economic recovery from coronavirus lockdowns slowing, the largest lobbying group in the United States called for an end to the additional $300 per week unemployment benefit.

“The disappointing jobs report makes it clear that paying people not to work is dampening what should be a stronger jobs market,” Neil Bradley, the chamber’s head of policy said in a May statement. “Based on the Chamber’s analysis, the $300 benefit results in approximately one in four recipients taking home more in unemployment than they earned working.”

The taqueria isn’t alone in its struggle to find workers. John Voelz, the owner of the nearby RESET Cafe by Day told CBS Sacramento that he is also having difficulty finding employees. “We’re trying to hire more baristas. We’re trying to hire cooks. It is really hard.”

While the hospitality sector struggles to fill jobs, other industries have experienced their own staffing struggles. Airlines have canceled hundreds of flights due to staffing shortages, and positions in 911 call centers and child care facilities have gone unfilled.

In an effort to make employment more lucrative than government benefits, businesses across the country are raising their minimum wages and offering signing bonuses. A study conducted by job search website Indeed found that 4.1% of job postings included incentives during the week ending June 18, representing double the 1.8% advertising hiring incentives in 2020.

Amazon, the two-day delivery services of which were in constant demand during the pandemic, instituted a $1,000 signing bonus in an effort to attract low-skilled workers. Spin, an electric scooter rental company, is offering a $250 bonus after two months of employment. Burrito chain Chipotle raised its minimum wage to $15 per hour, a cost it is offsetting by raising menu prices.

State governments are also taking steps to solve the labor shortage. Twenty-five states, the majority of which are governed by Republicans, chose to end participation in the federal enhanced benefits program ahead to the September expiration of benefits. Arizona is offering a $2000 “back to work bonus” to full-time workers and $1000 to part-time workers in an effort to encourage “as many Arizonans as possible to rejoin the workforce by Labor Day.” The state is also subsidizing child care and providing scholarships and other forms of educational assistance to those returning to the workforce. Montana, Oklahoma, and New Hampshire are also offering bonuses to returning workers, which range from $500 to $1200.

Taco Loco Taqueria did not respond to the Washington Examiner’s request for comment about the staffing shortage at the time of publication.