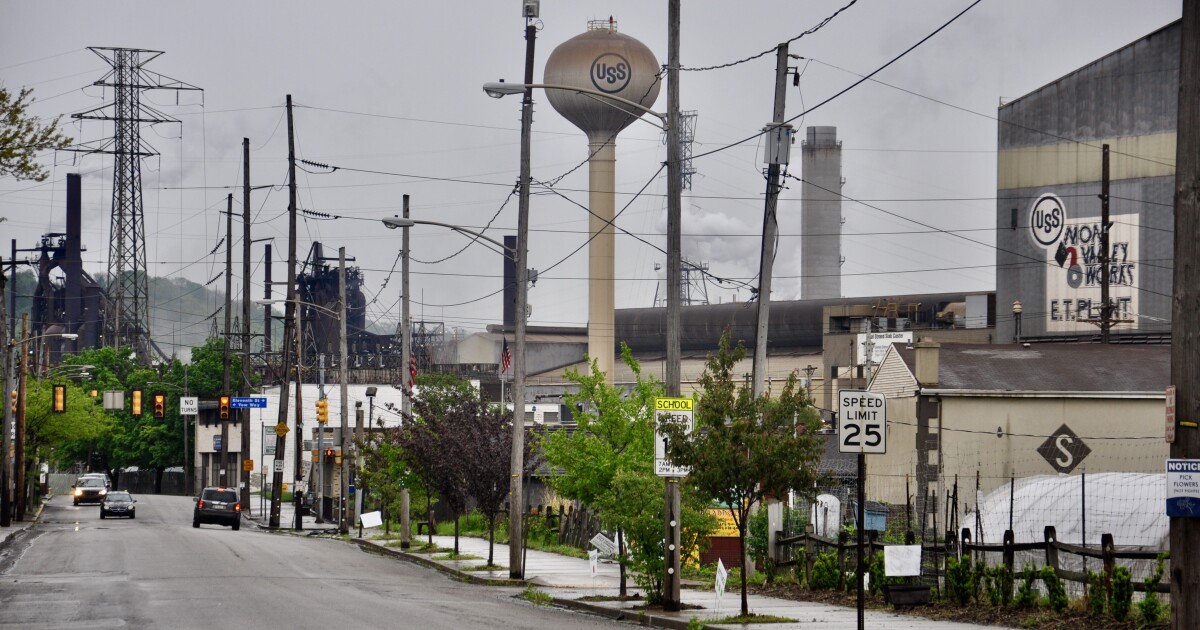 BRADDOCK, Pennsylvania — Exactly two years ago, U.S. Steel Corporation announced that the company would turn its Mon Valley operations into a key source of lightweight steel for the automotive industry.

At the time, local leaders and company officials called the investment “transformational.”

It involved a whopping $1.5 billion upgrade to its Mon Valley Works. This included an upgrade of the Edgar Thomson Works in Braddock, the Irvin Plant in West Mifflin, and Clairton Coke Works, with technology and improvements that would have provided cleaner air for all three communities where the plants are located, as well as good-paying jobs that would have provided prosperity for the region for decades.

On Friday, U.S. Steel said after months of tug-of-war with the Allegheny County Health Department, it is canceling the $1.5 billion upgrade and idling three batteries at Clairton Coke Works by 2023.

U.S. Steel said in a statement that a dragged-out delay from Allegheny County officials for permitting the project contributed to their decision, along with the new direction that the company is taking to focus on sustainability.

Allegheny County chief executive Rich Fitzgerald, a city Democrat, said he was “blindsided by the news.”

Lt. Gov. John Fetterman, also a Democrat, said he was simply devastated. “It is heartbreaking,” said Fetterman, whose home is across the street from the sprawling 148-year-old Edgar Thomson Works that hugs the Monongahela River.

Local economic development forecasters estimate over 1,000 direct jobs will be lost. Countless more support jobs that would have facilitated the build-out are also gone.

Jeff Nobers, the president of Pittsburgh Works, an economic group made up of officials in manufacturing, steel, energy, and labor unions, said the unknown costs and future implications due to this decision are formidable and long-lasting. “We have to be thinking about what manufacturers who were looking to locate here are thinking,” he said. “Do they look at the climate here and wonder if it is worth it? Well, that is a problem too.”

Local elected officials are of several minds on this project. Most of them were just hoping it would fly under the radar of the climate justice warriors and go up without notice. That was never going to happen. The rest fully backed its demise because of their views on climate change.

One exception has been Fetterman, the progressive populist Democrat who is seeking his party’s nomination to run for the Senate seat being vacated by Republican Pat Toomey in 2022. He was a vocal supporter of the project, which sometimes placed him at odds within his own party's ranks. His support created a strange alliance for him with Republican state lawmakers such as Allegheny County state Sen. Devlin Robinson and the state senate majority leader, Kim Ward.

Ward said that although she does not agree with Fetterman on much, “I sure do on this one.”

Robinson agreed. “The constant rhetoric attacking manufacturing in this country is going to impact jobs,” he said. “That is not something to worry about in the future — it is happening right in front of us.”

Critics of the closure also point to the constant drumbeat coming from local environmental justice nonprofit groups and reporting organizations funded by elite, left-wing foundations such as the Heinz Endowments. These, they argue, are contributing to a hostile business climate.

The Edgar Thomson Works, named after a Pennsylvania Railroad president, was built by Andrew Carnegie in the 1870s on the site of an old French and Indian War battlefield.

U.S. Steel also told its investors that they are reallocating capital to other places — which means all of the work that was going to go here is likely going someplace where bureaucrats are less beholden to (or aligned with) environmentalists.

Fetterman calls the moment an opportunity lost: “We could have made the safest, greenest steel in the world right here in Braddock. We could have secured thousands of good-paying union jobs.”

Now, that opportunity is gone.

President Joe Biden said in his joint speech in front of Congress that there there's no reason that steel can't be continually manufactured in the United States and by doing it in a safe and green way, in a environmentally efficient way. Biden even riffed, “There's no reason the blades for wind turbines can’t be built in Pittsburgh instead of Beijing.”

“Well, that's what this investment was about,” said Robinson. “This $1.5 billion was about making steel in a more environmentally friendly way. But the current environment right now is so hostile to manufacturing, manufacturers know making things in America is not a viable option. Especially not now, and especially not into the future, where they're going to see a return on their investment.”

Manufacturers may have to relocate to places where there are no unions or outside the country. This makes hollow Biden’s promise to protect union jobs and bring back manufacturing — and it will be doubly hollow if he looks the other way when things like this happen.

This conflict between manufacturing and environmentalism is also going to place Biden at odds with both. Biden argues that a decarbonizing economy will create millions of jobs. Here, however, it meant zero jobs created and perhaps many destroyed.