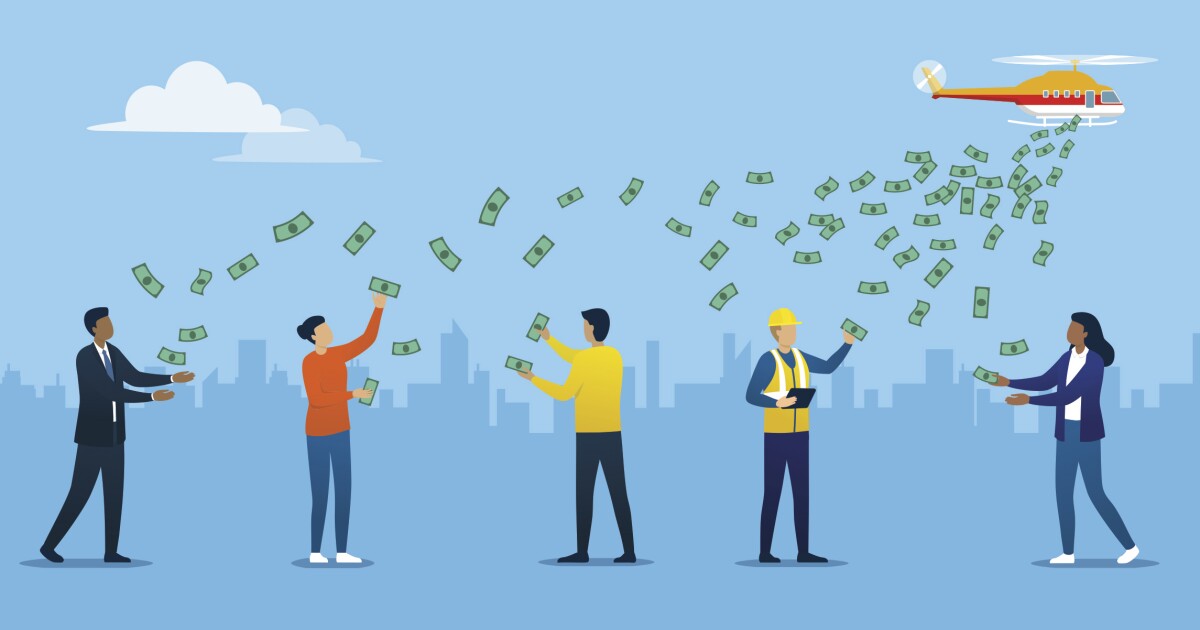 Despite its liberal tendencies, the Washington Post editorial board once acknowledged that in a democracy, “everyone can't be entitled to everyone else's money.”

Well, it may have had that wrong because President Joe Biden is supersizing the entitlement state of America at a pace that makes Lyndon B. Johnson's Great Society initiatives seem like a fiscal bargain. By the way, that was the infamous War on Poverty that spent more than $5 trillion over the next 25 years, and as the old saying goes: We fought a war on poverty, and poverty won.

But here we go again. Biden already has spent $1.9 trillion on social welfare programs — ranging from unemployment benefits, free healthcare, more generous food stamps, rental assistance, and more money for schools and state governments. Now he wants to add to that a $3.5 trillion “social infrastructure bill” — this is the new term for “welfare” — that includes all sorts of new entitlements, such as universal and fully subsidized daycare, prekindergarten, free community college, and student loan forgiveness for children who went to Harvard University. Democrats are also debating whether to make the weekly $300 “temporary” bonus unemployment benefits permanent. That way, no one will ever have to work.

Most dangerous of all is the planned expansions of Medicare and Medicaid. According to the watchdog group Truth in Accounting, these programs already have a long-term deficit of more than $55 trillion.

So naturally, Biden and the Democrats want to put more passengers on this fiscal Titanic.

The Medicare plan would provide a whole array of new benefits, such as vision, hearing, and dental care, all paid for by taxpayers. It is at a time when Medicare trustees warn that Medicare Part A's “trust fund” is likely to run dry by about 2026 and possibly as early 2024. Seniors should be up in arms over this raid on the Medicare trust fund.

By the way, Congress already dipped into Medicare's reserves to help fund the COVID-19 bailout efforts this spring.

David Jonas, a former staffer for Barack Obama, recently spilled the beans in a tweet about the Democrats' scheme. He said that “the politics here are near perfect” because “Medicare expansions are forever.” He's right, of course. Once you start giving people free things, it's a near political impossibility to take them away. It is the insidious nature of the entitlement cancer cells.

The Democrats also want to provide new bribes to citizens of red states to sign up for free Medicaid benefits. This program, too, is financially flimsy, and so when Obamacare was created, many red states wisely refused to take the bribe of free money from Washington because they saw the new programs would puncture holes in their state budgets. So now Democrats in Congress want to offer new subsidies under Medicaid for residents of the 12 states, including Florida, Georgia, and Missouri, that opted not to widen their Medicaid benefits. They are calling these “Medicaid look-alike programs” to be administered by the federal authorities.

Readers may be amazed that we have to continue to expand Medicare, Medicaid, Obamacare subsidies, and the like because 12 years ago, we were told that the trillion-dollar Affordable Care Act was going to provide universal coverage for everyone. But we keep spending hundreds of billions of tax dollars, and all we hear is how many millions of people continue to lack healthcare coverage. Maybe that is because all the money the authorities spend on healthcare makes the whole system way more expensive.

If all of this isn't enough, starting this month, people of a certain income will receive checks of $3,000 on an annual basis per child. That is on top of the $2,000 per person we sent out earlier this year.

University of Chicago economist Casey Mulligan and I recently published a study sponsored by the Committee to Unleash Prosperity. Thanks to Biden's new welfare state expansions, families can get up to $100,000 in government benefits (tax-free) without anyone working a single hour all year!

The government will feed you, pay your rent, educate you, take care of your children and your grandparents, pay for your college and day care, pay you if you aren't working, and pay for your healthcare and your toothbrush, your internet service, and soon free iPhones (that should be an entitlement, shouldn't it?).

The real mystery about this new cradle to grave entitlement state is why people still bother to work at all.